The new SIM and SIM Max drivers have a lot of similarities, as you would expect. However, there are discernible differences that make each driver more playable for certain golfers.

Let’s start with the SIM similarities. The most critical feature of both drivers is the Inertia Generator and the asymmetric sole design. They work in unison to form the new shape (hence the name: Shape In Motion) that makes SIM a feat of geometric engineering.

As discussed in our previous post, the raised crown and sole promote an aerodynamic clubhead shape but high CG projection – resulting in less than ideal launch conditions. Engineers counteracted that effect by placing the heavy Inertia Generator at the rear of the club – bringing CG projection down to center face while simultaneously increasing MOI (forgiveness).

In aerodynamic testing during the prototype phase, our team discovered that for all the positives of the Inertia Generator, it actually hindered airflow across the bottom of the club during the most critical phase of the downswing – the three feet prior to impact, also known as the speed generation zone. What was the fix?

Although seemingly simple, the answer was rotating the Inertia Generator the match the direction of airflow at this pivotal moment.

This key design feature is shared in both SIM and SIM Max. Furthermore, proven technologies such as Speed Injected Twist Face, a Speed Pocket and a 4° loft sleeve are found in both models. 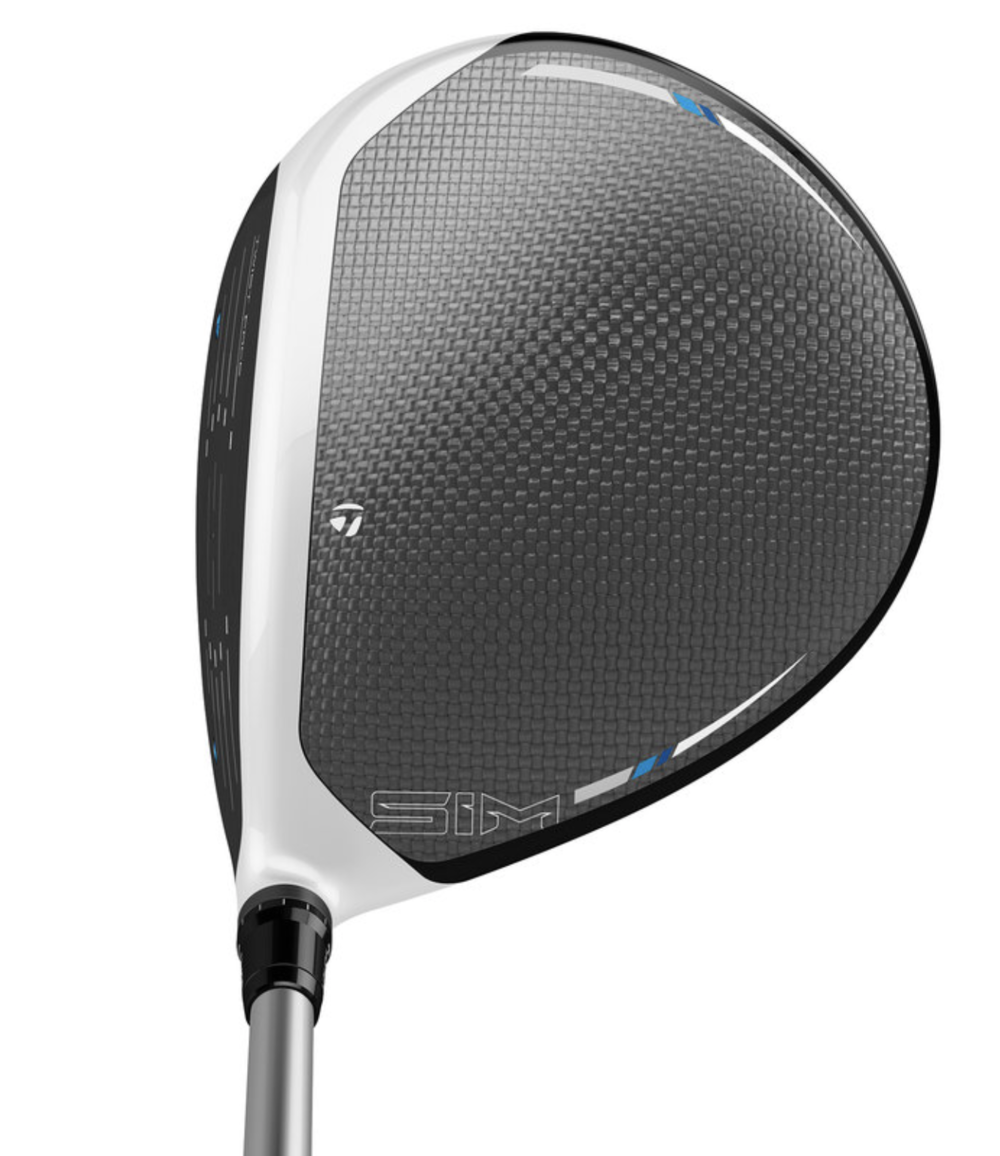 The driver heads are formed using the same multi-material construction, a beautiful blend of carbon and titanium. The crowns are woven from a new carbon coloration TaylorMade calls Chromium, which contrast with the Chalk topline to help with alignment and address.

In total, SIM and SIM Max are both fast, forgiving and boast one of the hottest faces in golf.

Now let’s dive into the differences. 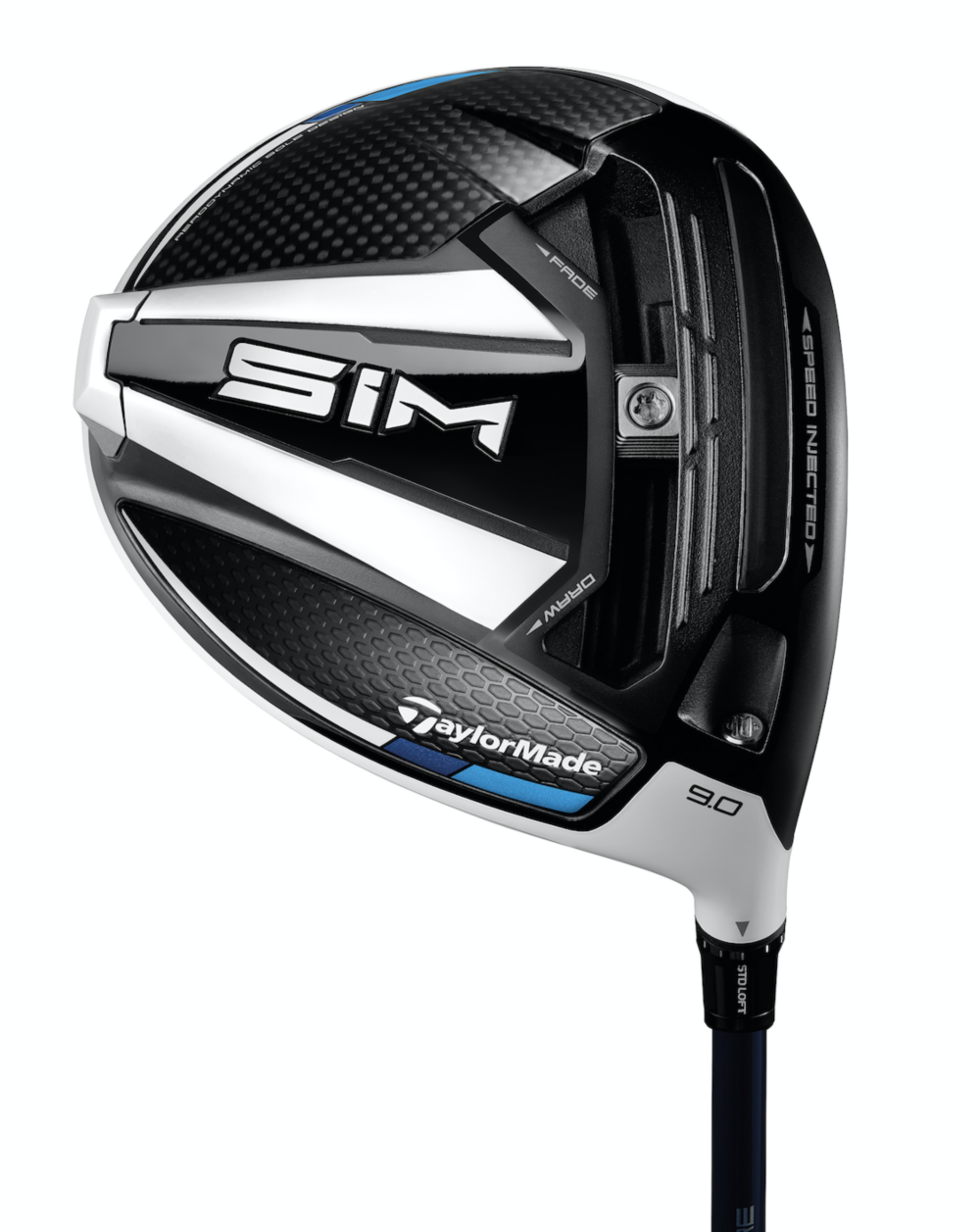 While both clubhead’s hit the USGA size limit of 460cc, the SIM has a smaller face than SIM Max (8% smaller to be precise). This means SIM will likely have greater appeal among players who place a premium on working the ball, customization and seeing a smaller footprint at address. 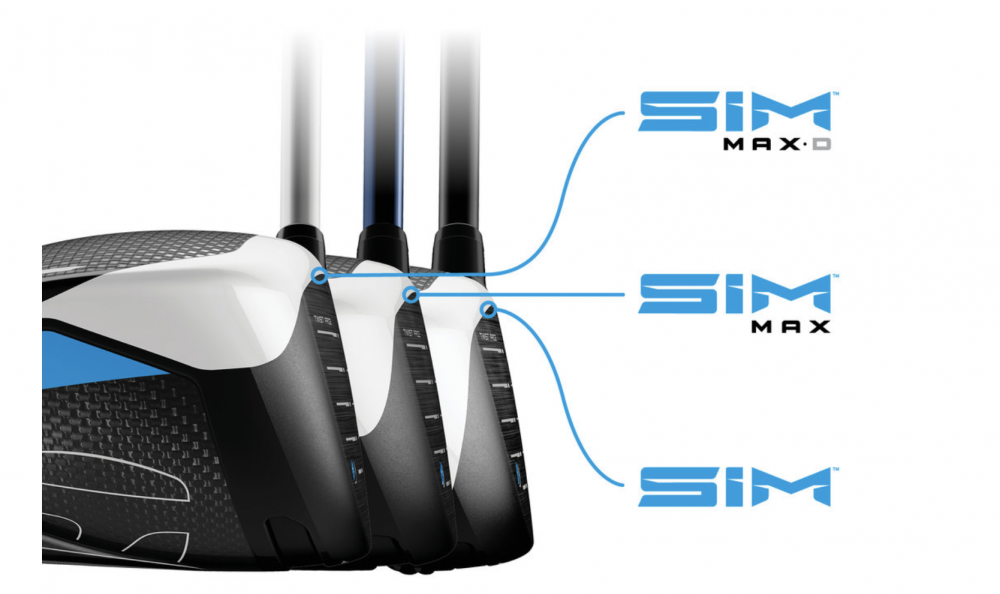 The Max in SIM Max addresses the driver’s MOI (or forgiveness) characteristics. Powered by the Inertia Generator, which positions the bulk of the club’s mass low and back, SIM Max promotes a slightly higher launch and more spin than it’s SIM counterpart. In addition, the larger face makes it even more forgiving – giving golfer’s more area to work with at impact.

Not to be forgotten, the SIM Max•D model possesses similar design elements to SIM Max, but with an internal heel weight that promotes a draw-biased ball flight. It also is the highest launching and highest spinning driver in the family. Furthermore, it has an 18% larger face than SIM to allow for even greater forgiveness. TaylorMade’s club data revealed that the golfers who most benefit from a draw-biased design also require greater forgiveness characteristics – hence the larger face and launch conditions. 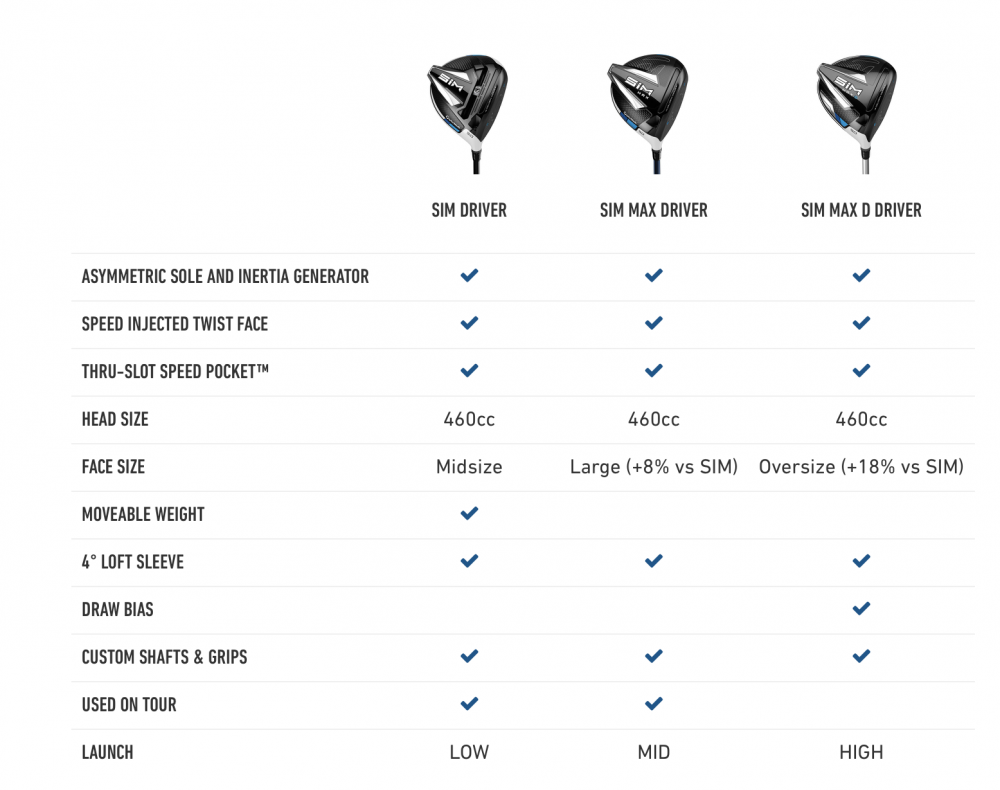 I hope this comparison of SIM and SIM Max drivers has been helpful to you. If you have further questions, reach out to us on Twitter or Instagram at @TaylorMadeGolf.