Within the walls of TaylorMade, they are called Crusaders because they’re on the frontline helping golfers everywhere to find more joy in the game.

In 2019, TaylorMade launched its annual Staff Professional awards program – regionally and nationally celebrating the best of the best in the following categories Player of the Year, Fitter of the Year, Business Excellence and Crusader of the Year.

Today, the company announces its second annual class of award winners, who have displayed exemplary service, leadership, and passion for the game of golf, all the while proudly carrying the TaylorMade banner. National award winners include:

“Our 2020 award winners are proven innovators and leaders in the industry. In what was truly an unprecedented year, they were rock stars. They served as examples for their peers, displaying their ability to adapt on the fly and succeed in an ever-changing environment. They each embody the values we uphold at TaylorMade and are critical to our success and growth as a brand. They are Team TaylorMade.”
- David Abeles, TaylorMade CEO

Rounds exploded in the pandemic, as golf was uniquely positioned to provide a safe and fun way to both get outdoors and enjoy the company of others. During these crazy times, it’s likely that Crusaders deserve even more recognition. Someone had to wake up with the sun, unlock the golf shop and make sure that sanitization protocols were in place and adhered to.

Today we acknowledge those unsung heroes who make it possible for all of us to play the game we love. Let’s learn more about each of the National 2020 TaylorMade award winners. 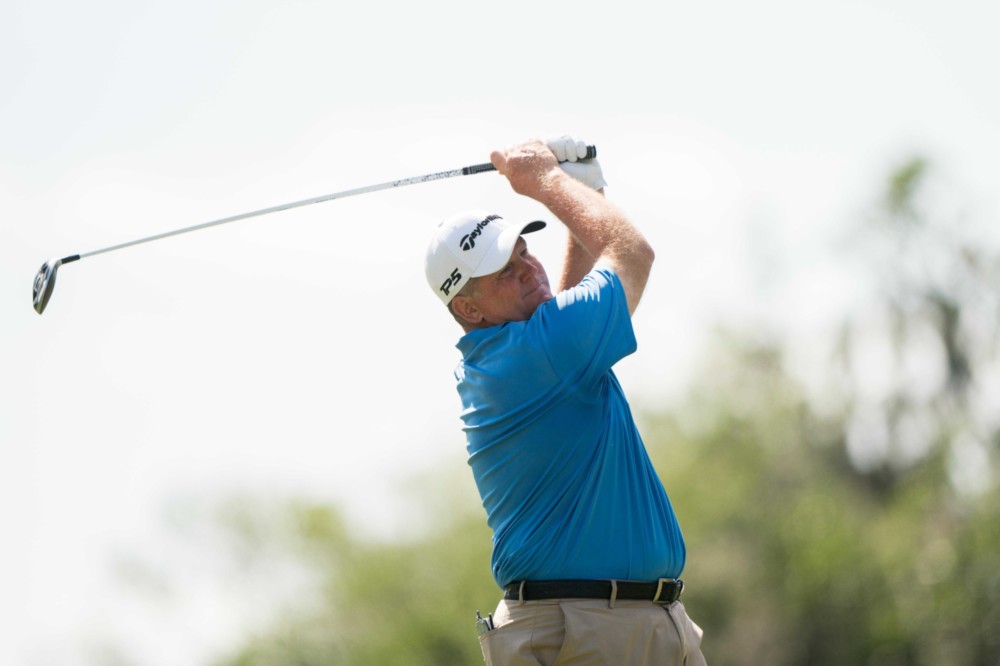 Expand
Photo courtesy of the PGA of America.

“Whether it’s a major championship, a Section tournament or a round of golf with my family, I know I can trust the equipment in my bag. I’m extremely proud to be part of the best team and company in golf. This is truly a special award and I’m honored to receive it.”
Bob Sowards 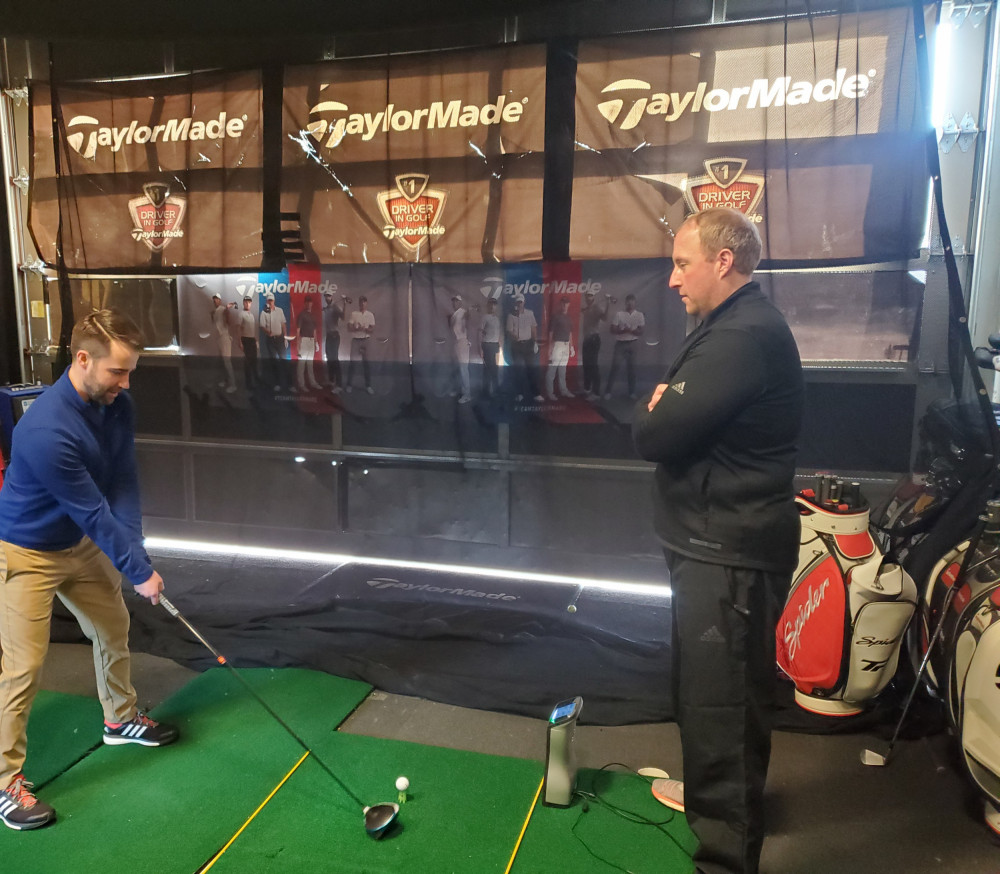 Despite its challenges, 2020 had a number of silver linings for Jeff, who was named both Wisconsin Section Teacher of the Year and TaylorMade National Fitter of the Year. His love for equipment, fitting and instruction stems for his experience as a player. He travelled the country as an accomplished junior competing in AJGA (American Junior Golf Association) events before playing collegiately at the University of Wisconsin. He believes in a player-centric approach to custom fitting – placing an emphasis on the player’s needs, intently listening to feedback and delivering excellent customer service. He relies on advanced technologies such as GEARS 3D Motion Capture to deliver a comprehensive and immersive fitting experience.

“I have a longstanding bond with the company, stretching back to my days working at the old TMPLs (TaylorMade Performance Labs) to now running the TaylorMade Player Development Center. We share a passion for innovation and the people who play the game, combining technology and connectivity to help golfers get more out of their equipment. Being recognized for that is a pretty special feeling.”
Jeff Kaiser 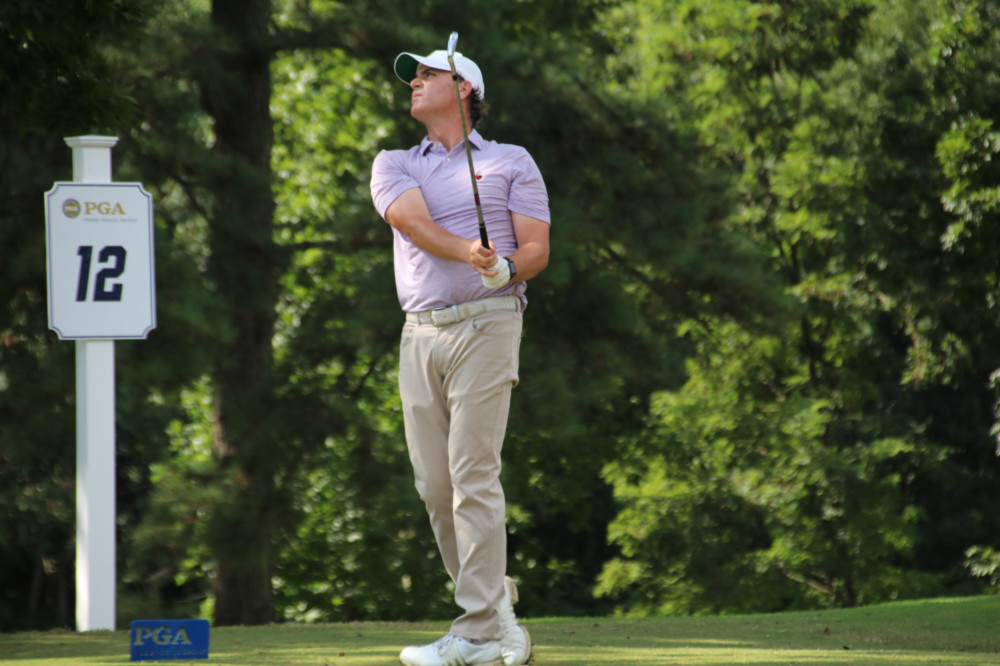 Adam joined Team TaylorMade in 2003 and has watched the brand grow and evolve ever since. He was there as the company transitioned from a driver centric philosophy to now fielding one of the most complete golf equipment lineups in the industry – delivering elite performance across all product categories, including metalwoods, irons, wedges, putters and golf ball.

A degree in Professional Golf Management from Ferris State University sparked a career that's included stops at acclaimed courses such as PGA National and Merion before landing at Chevy Chase Club. Winning the 2018 Strausbaugh Award for the New England PGA Section (awarded to golf professionals for excellence in mentoring and leadership) proved to be a sign of things to come. In January of 2020, Adam became the Director of Golf at Chevy Chase Club in Maryland. In that part of the country, the Strausbaugh name is legendary, as the iconic PGA Professional was the longtime head pro at Columbia Country Club – located one mile from Chevy Chase. The pandemic hit hard shortly after Adam stepped into his new role. Accepting the challenge and the opportunity, he hired a new Director of Instruction to help all his emerging golfers and new members embrace the game even more. His club has continued to thrive and prosper, alongside the TaylorMade brand.

“I'm incredibly proud and humbled to be named TaylorMade Crusader of the Year. In year one of a new job, my connection to TaylorMade has resulted in measurable growth of the brand at our club. That speaks to the depth and sincerity of my relationship with the people at TaylorMade. They believe in me; I believe in them and I believe in the products.”
Adam Hemeon