Tiger Woods has a laser-like focus when he’s inside the ropes. An icy prowl that closely resembles the big cat he shares a name with. A fact that his competitors are very much aware of.

However, Tiger broke form at the 2009 WGC Invitational at Firestone Country Club in Ohio. During a practice round he heard the familiar voice of Charlie Sifford – the first African American to compete on the PGA Tour. Tiger brought Charlie inside the ropes, the two embraced and then walked the rest of the hole together – sharing stories that no other person will ever have the privilege of knowing.

“That showed me that he has a lot of respect for my father,” says Charlie Sifford Jr. “He could have said ‘Hey’ and kept playing, but he took the time. It was more than a gesture; it meant a lot to me and my dad.”

And Charlie also meant a lot to Tiger. He affectionately referred to him as the “grandpa I never had” after Sifford passed away in 2015 at the age of 92 – just months after he was awarded the Presidential Medal of Freedom. Woods also named his son in honor of the pioneering professional golfer. 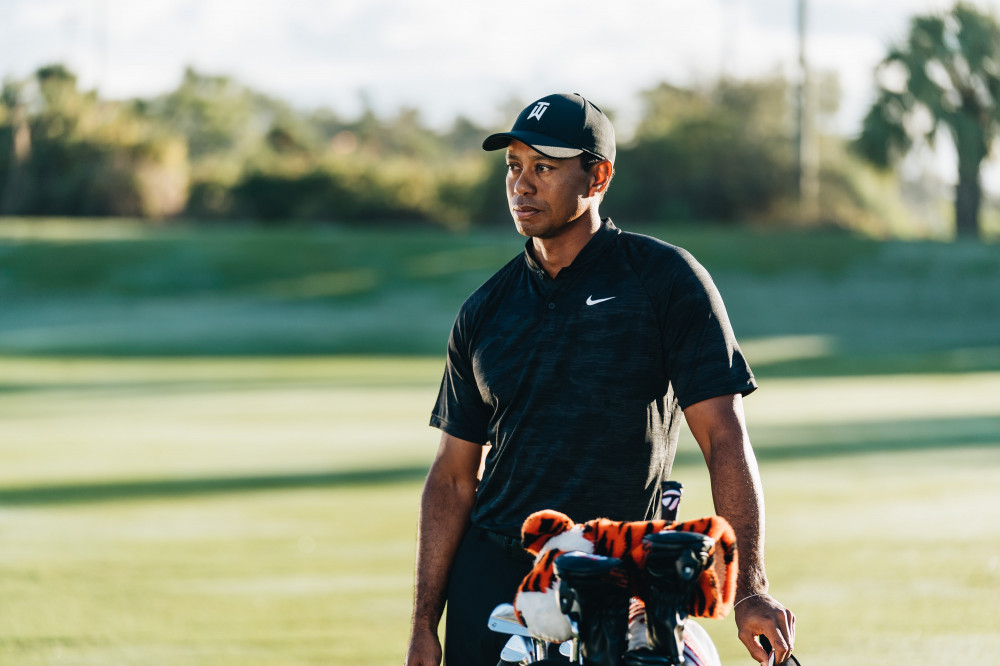 Now the Genesis Invitational, the PGA TOUR event Tiger hosts on an annual basis, upholds the Charlie Sifford Exemption for a player who advances diversity in the game. The backdrop of the tournament holds historical significance for both men. When it was still known as the L.A. Open, it's where Sifford got his second win on the PGA TOUR in 1969 (two years after he became the first African American to win on TOUR). Years later, it’s where Tiger had his first pro start as a 16-year-old phenom in 1992.

With the bond between the two golfers and the synergistic nature of the the event, it all just makes sense.

The Sifford Exemption was first announced in 2009, with Tiger taking over has tournament host in 2017. Since that time, he’s played a key role in the selection process.

“Tiger oversees a committee that combs a list of qualified players and ultimately determines a deserving individual to provide a great opportunity to,” says Michael Antolini, VP of Championships for the TGR Foundation and Genesis Tournament Director. “Through the years we’ve been able to invite some talented players, including three guys who are currently on TOUR. We’re excited about the future of this exemption and the impact we can make.” 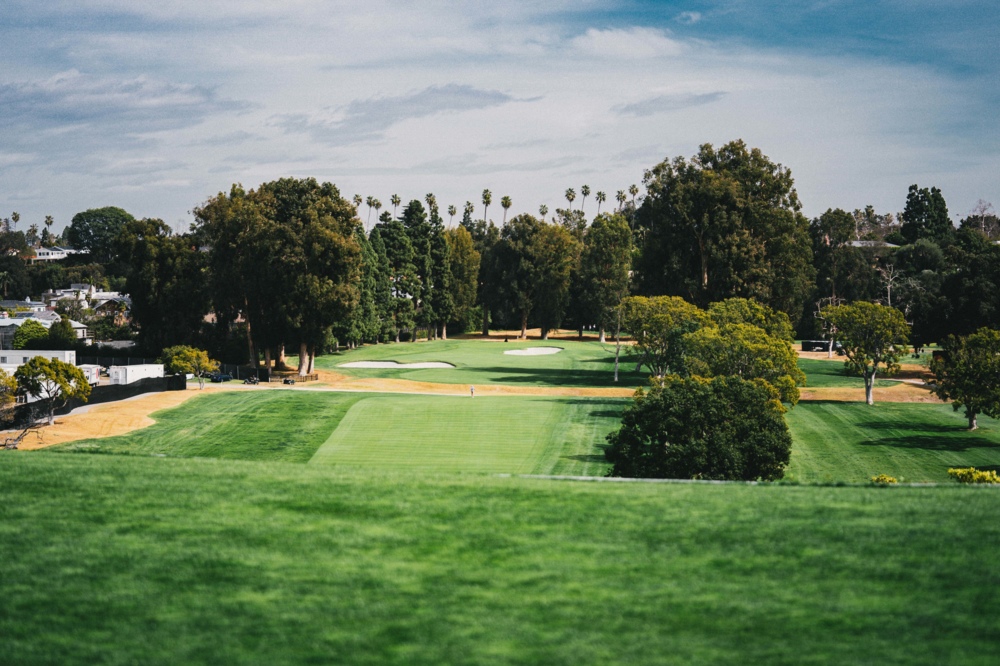 You’d be hard pressed to find someone more excited than this year’s recipient, Willie Mack. The 32-year-old journey man has earned his stripes (pun intended). Much like Tiger’s admiration for Sifford, Mack grew up idolizing Woods and dreaming of life as a professional golfer. He compiled a stellar college career, stacking up 11 Division I victories at Bethune-Cookman University in Daytona Beach, Florida.

He’s powered through the grueling realities of life on the mini tours. Living in his car as he went from one event to the next, grinding over four-footers for par that meant something more than the dollar menu for dinner that night. He’s even qualified for the PGA Tour Latinoamerica only to see the opportunity fade away due to financial constraints that made it impossible to cover travel costs. Through it all, he’s stayed committed and resolute to his goal of playing professional golf.

He currently has membership on the Advocates Pro Tour (APGA), a PGA TOUR supported association that provides competitive playing opportunities and a pathway to increased diversity in professional golf. His first start on TOUR came just weeks ago at the Farmers Insurance Open, after a fellow APGA competitor tested positive for COVID. He learned from that experience, where he shot rounds of 74-75, and is now primed for his second pro start in less than a month’s time.

“I’m focused on managing my time a little bit better, and not trying to do so many things outside of the golf,” says Mack. “On the course, I felt comfortable. With no fans it’s just like a regular round of golf with your buddies, almost. In watching those guys, playing at this level is about managing your misses a little better and not getting out of position. That’s what separates the better players.”

One of those better players is Team TaylorMade’s own Collin Morikawa, who catapulted onto the scene last season winning a major championship at the age of 23. On Tuesday of Genesis week, Morikawa played a practice round with Mack to share some of his personal experiences as well as talk life on TOUR.

“You can see that he has game,” says Morikawa. “He keeps working at it, he’s grinding. You see it in his eyes, that he just wants to keep getting better.” 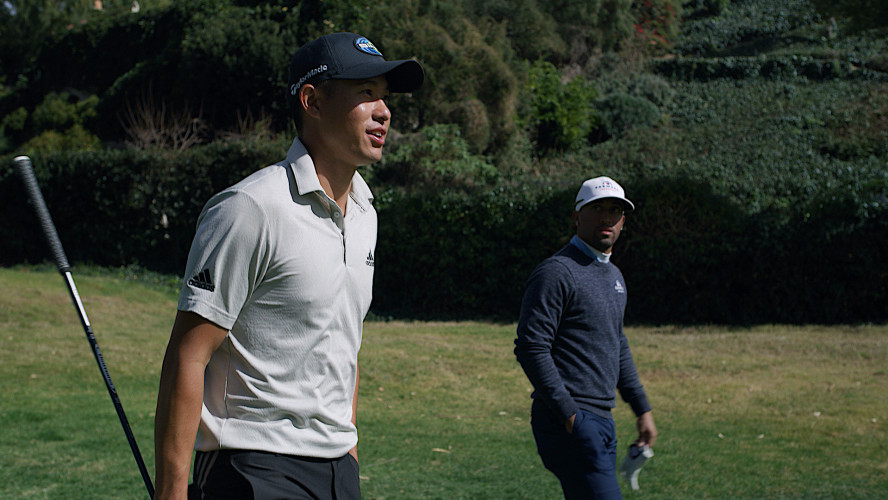 Collin Morikawa plays a Tuesday practice round at Riv with Willie Mack. 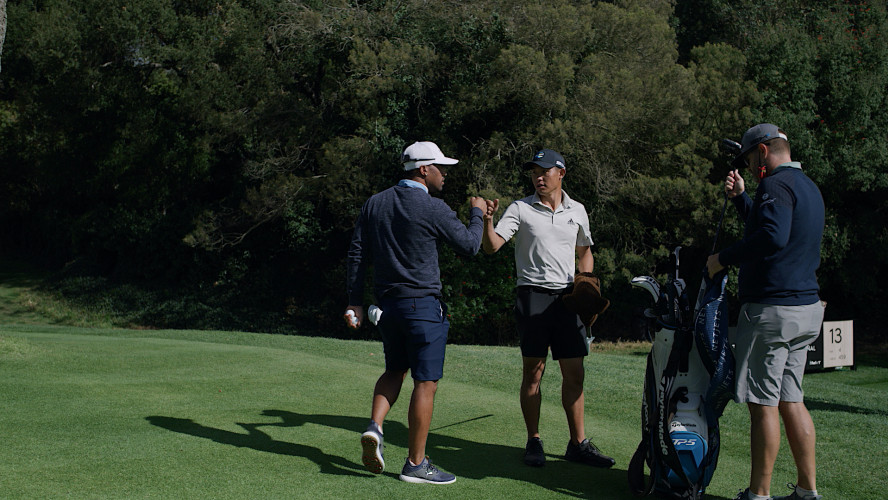 Photos courtesy of the PGA Tour.

High praise from a PGA Champion.

While Tiger is missing from the field this week due to injury, his influence on the tournament remains strong. Mack continues the budding tradition of the Sifford Exemption, upholding the legacy of a player who impacted Tiger Woods and so many more.