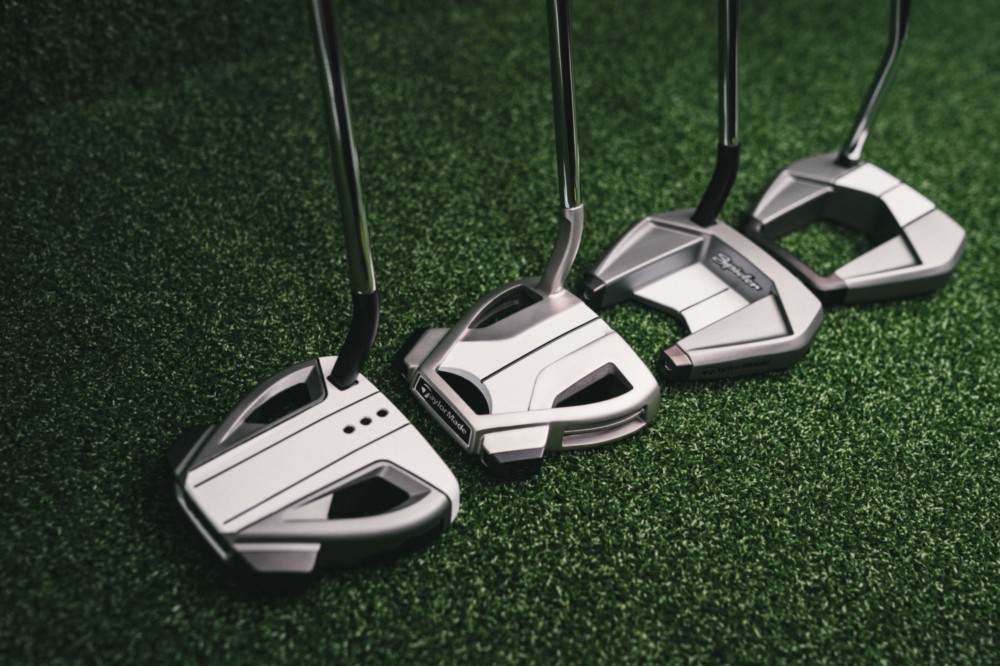 To put it plainly, putting is hard. As golfers, we need tools to help make the game easier, especially once we're on the green. Our team gets that, which is why each 2021 Spider model features True Path Alignment – intended to make aiming EASIER.

I was lucky enough to go through a putter fitting at The Kingdom recently, where I learned a ton about my stroke. The first thing I learned: I have no business playing a blade. Even though the look is amazing, both at address and when I whip the putter cover off, the performance wasn't helping my game. Here's why.

As the fitting progressed, Duane Anderson, our in-house putting analysis guru, noticed a trend. Essentially, with each stroke, I progressively aimed farther and farther to the right of my target. An occurrence that forced me to try to close the face faster in order to return it to square at impact. This resulted in some wildly inconsistent strokes and meant that I relied on feel (and basically luck) to hit a solid putt – not consistency and repetition.

While seemingly simple, proper aim and alignment can be challenging. Nevertheless, they are critical components to helping you make more putts and save shots around the green. Ultimately, I fit into the new Spider X Hydro Blast with a line straight through the True Path. It allowed me to easily aim at my target time after time and develop a consistent address position with the ball squarely centered.

Each of our new putters – Spider EX, Spider X Hydro Blast, Spider S and Spider SR – have their own unique version of True Path that's designed with the same intention – to make it easier for you to aim and align your putts.

Let's look at how each model achieves that goal. As you read through, be thinking of your own game and which fits your tendencies as a player. The best way to decide is to test them for yourself and/or work under the watchful eye of a fitter. However, this will provide you with a solid understanding and put you on the path to easy aim.

The True Path on Spider EX is designed to allow the player to use either the face/topline or the alignment system to aim. Three dots are enclosed by dual rails, which helps center the ball at address and promotes a consistent setup time after time. If you prefer to aim with the face/topline of the putter but could also use a little confirming that you're locked onto your target, this may be the putter for you.

The choice of white at the True Path color isn't just hapchance. Optically, it is the most reflective color and provides a clear focal point that makes the stroke and the path of the roll more visible.

This model builds on the immense success of the original Spider X – which became the best-selling model in the franchise's history while racking up 11 Tour wins over the last two-plus seasons. It features the OG True Path system (no, that's not a technical term), which debuted with the original Spider X in 2019. This optically engineered vision system is designed for improved path, clearer vision, solid strikes and enhanced visual perception through color sensitivity. What does all the mean to you? A repeatable address through an alignment system that's also intended to help you hit more putts in the center of the face – producing a better and more predictable roll. 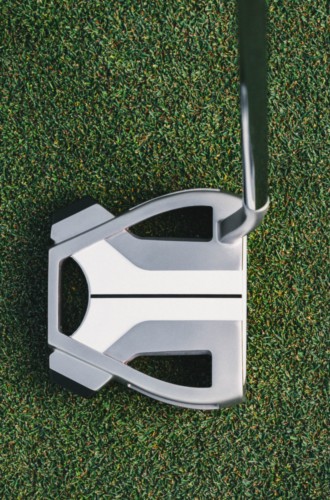 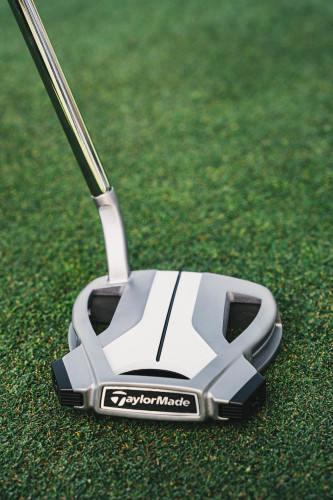 TaylorMade introduced Spider S in 2020 as the most forgiving model in the Spider family, with an MOI of more than 6,000. The original design has been refreshed with a new arrow-shaped True Path inspired by archery's pinpoint precision. The newly engineered alignment system uses a singular pronounced point that golfer can use to aim on target. Located on the topline, it provides a clear focal point that is the exact width of a golf ball, which helps with consistent address positions and face direction. 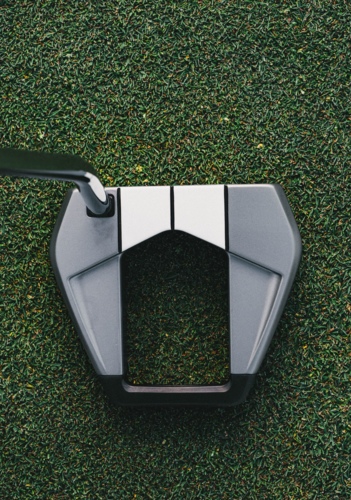 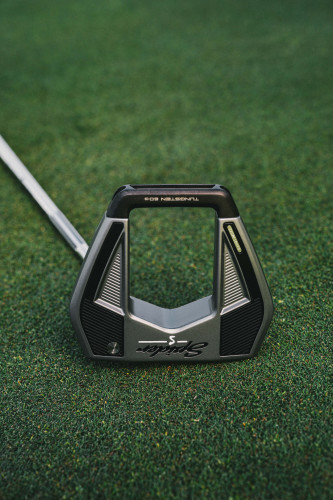 Due to a smaller footprint (5mm shorter front to back), Spider SR has a slightly lower MOI than its cousin Spider S. However, it's still among the most stable and forgiving putters in the current Spider lineup. When it comes to True Path, the key differentiator is that it's positioned within the cavity behind the putter face and not on the topline. This appeals to the golfer who prefers to use the face/topline as the primary tool to aim. Also drawing inspiration from archery, the arrow-shaped design allows golfers to focus on a singular point as an easy-to-aim alignment tool. The True Path structure is the same size as a golf ball at its widest point, promoting consistently centered ball positions at address. 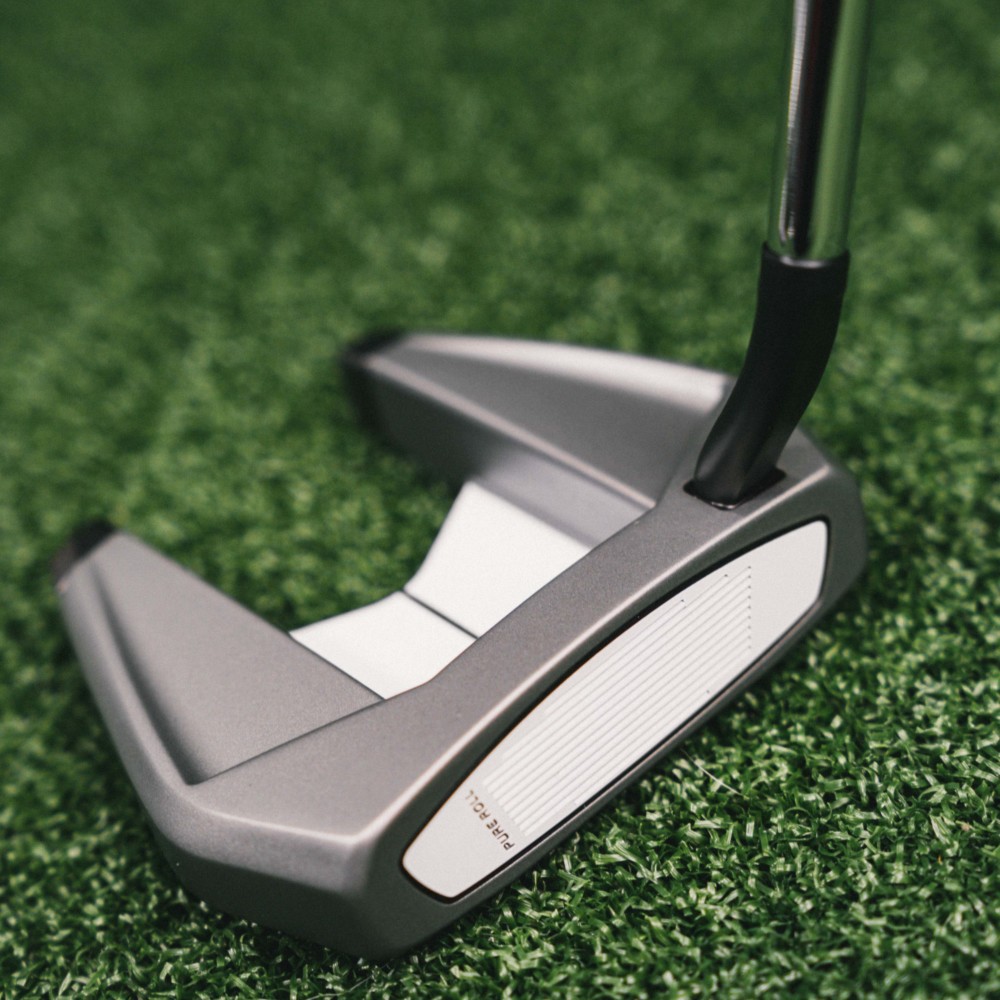 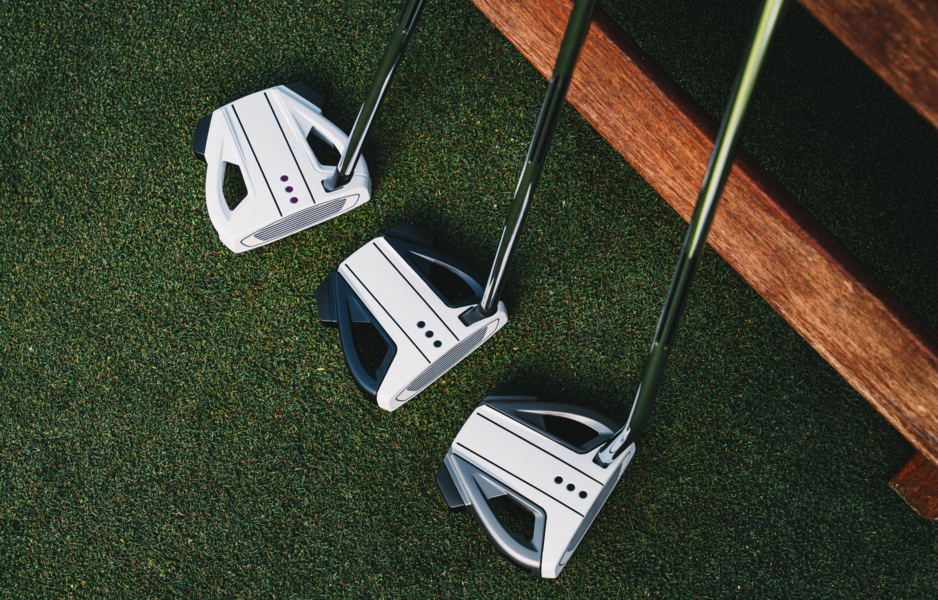 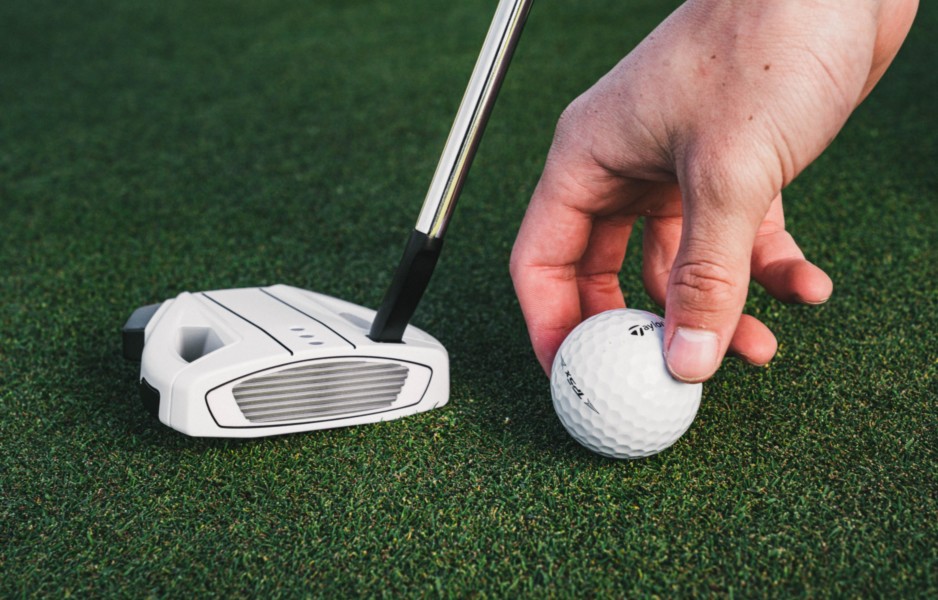 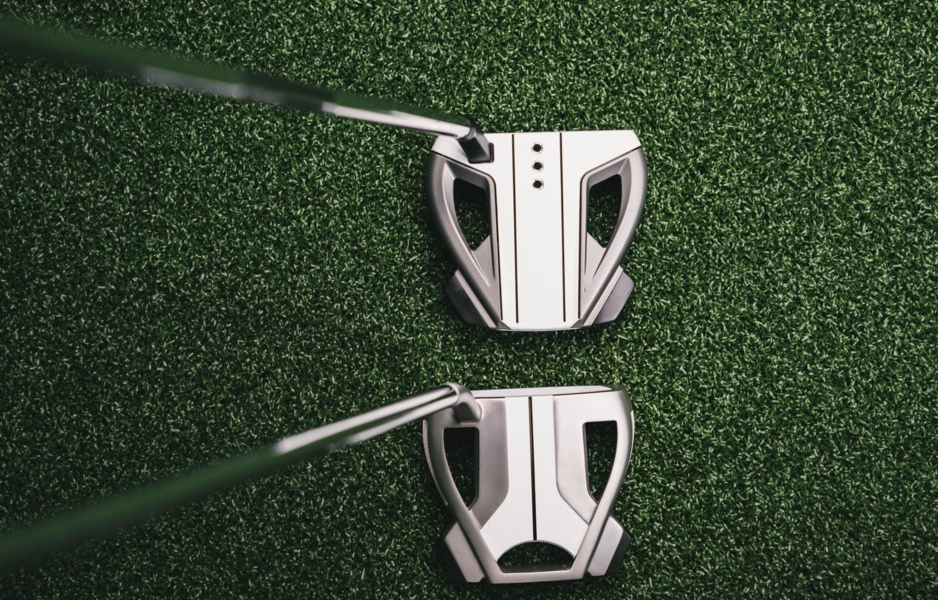 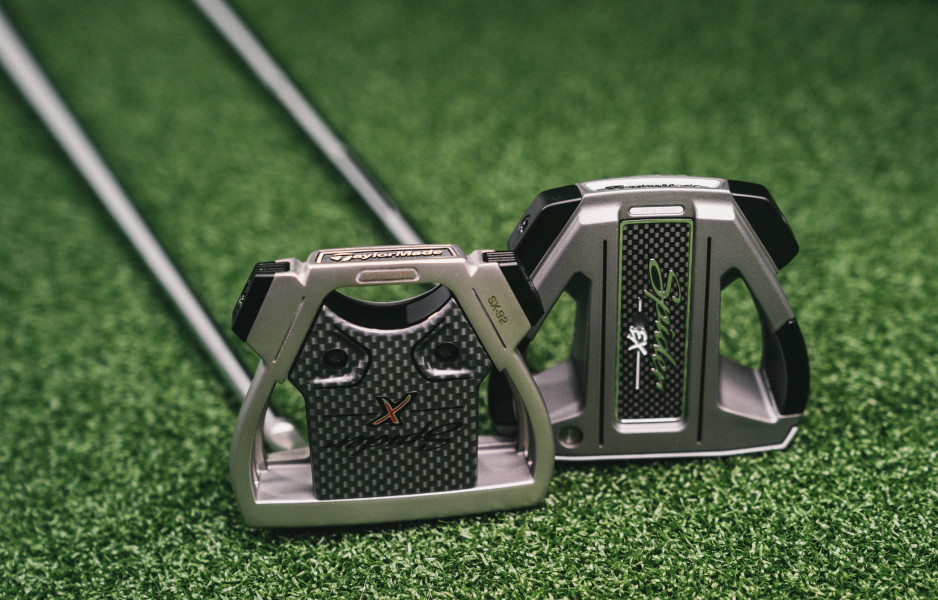 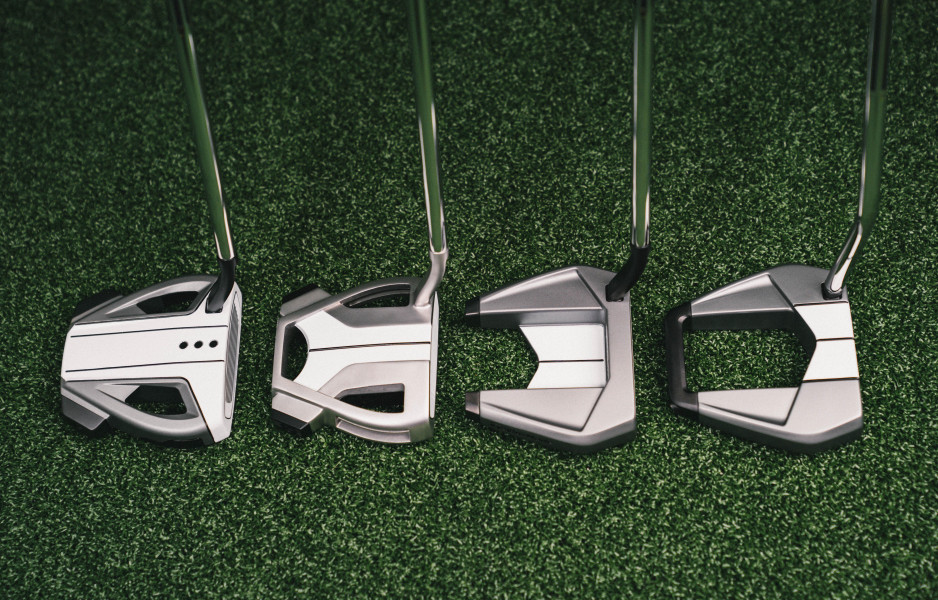 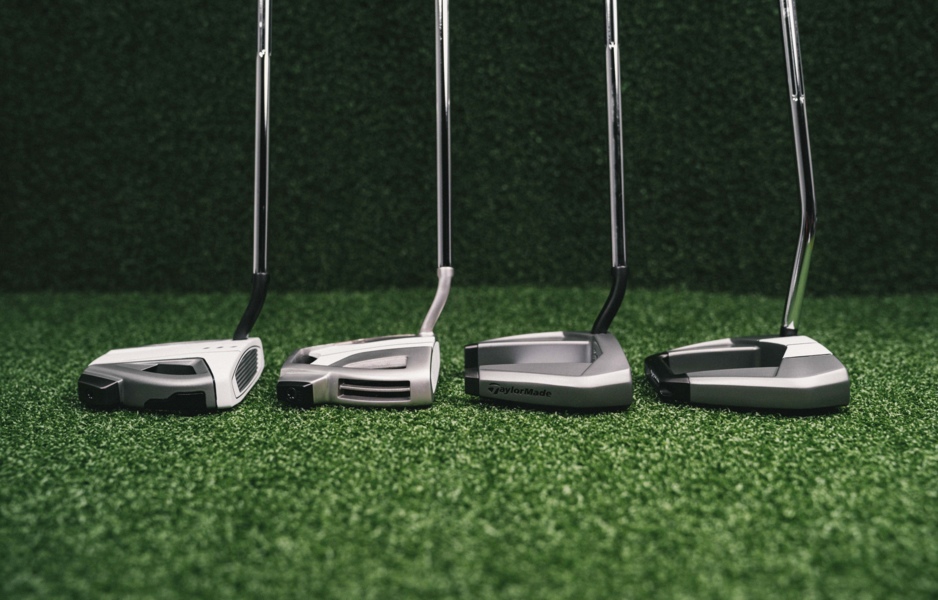 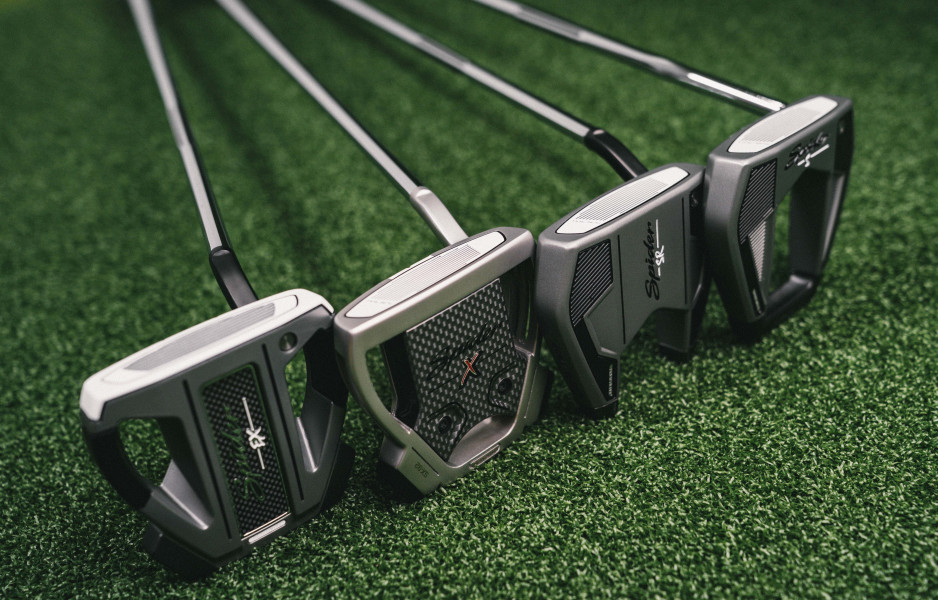