The Farmers Insurance Open kicked off the west coast swing and was the season opener for many Team TaylorMade heavyweights. Tiger Woods, Rory McIlroy and Jason Day were all teeing it up for the first time in the 2019-20 PGA Tour season. Joining them in the field were Jon Rahm, Matt Wolff and Collin Morikawa.

With the new season comes new equipment. There was a steady flow of traffic on the Tour Truck with SIM drivers and fairways in high demand (24 SIM drivers were in play and 25 fairways). Intrigue around the SIM Max Rescue continued to rise, as well. Chris Trott, our Global Tour Director, reported that every Rescue head stocked on the truck was built out for testing (with 5 making it into play). Rory gamed a 19° SIM Max Rescue to help navigate the 7,707-yard South Course, which was lengthened during a recent renovation in prep for the 2021 U.S. Open.

Here’s more equipment details and full WITBs for Team TaylorMade as they take on Torrey. 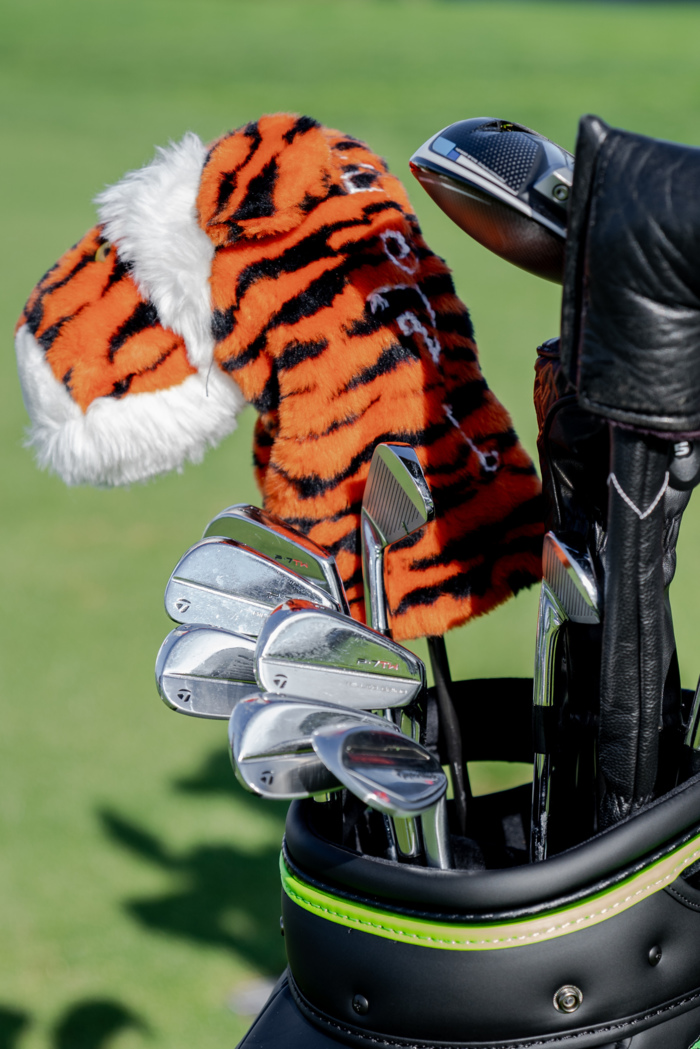 Tiger Woods’ history at Torrey Pines is well documented. He’s stacked up 8 wins at the scenic seaside track over the course of his career (including the 2008 U.S. Open). He came into the week ready to test the new SIM driver, but rain kept him off the course on Tuesday. During his press conference he touted the SIM driver, noting that he’d picked up a couple MPHs of clubhead speed, but still needed to dial in the fit. He alluded to the fact that his current gamer was set up to allow him to hit draws on command for added distance, but still play his trusty cut when he needed to find fairways. In a perfect world, he’d be able to do the same with SIM – but with the added bonus of a few extra yards. Keith Sbarbaro, our VP of Tour Opertations, worked with Tiger on the range to accomplish just that. After testing it during Wednesday’s Pro-Am, the 9° SIM with a Mitsubishi Diamana White shaft was in the bag to start Tiger’s 2020 campaign. The rest of his bag carried over from the previous season. 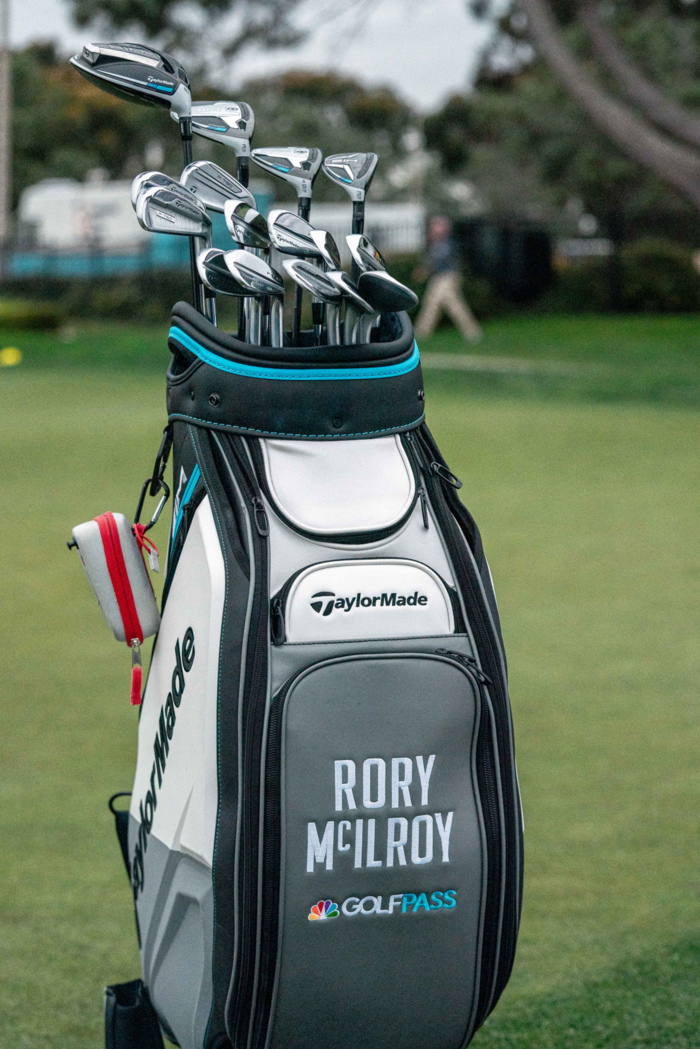 Rory McIlroy’s set up for the week was determined onsite as he calculated which configuration he needed to navigate the North and South Courses. At the core of his bag are his usual P•730 irons (5-PW). At the long end, he carried P•760 in the 3- and 4-irons. A key decision was made when opted for a the SIM Max Rescue over a P•790 2-iron. After on-course testing , the 19° Rescue went into the bag complete with a Project X HZRDUS shaft. Rory also tested each loft option of the MG2 Wedges before whittling it down to two (54° & 60°). Rounding out the top end of his bag is the SIM 10.5° driver with the Kuro Kage shaft and a 15° SIM fairway with the Tensei. With the driver, he made a slight tweak adjusting the loft sleeve by 2° to allow the face to open – which gives him the confidence and freedom to turn it over the way he wants.

Jon Rahmreturned to the scene of his first PGA Tour victory. Just three years ago Rahm arrived at Torrey Pines as a rookie with great potential, now he comes in ranked No. 3 in the world . He carries with him a SIM 10.5° driver, 15° 3wd and 19° 5wd, which he first put in play at the Sentry Tournament of Champions. New for Torrey Pines is Rahm’s Spider X Chalk putter, which helped him jump out to a 4-under-par opening round with four birdie putts drained in his first 9 holes. 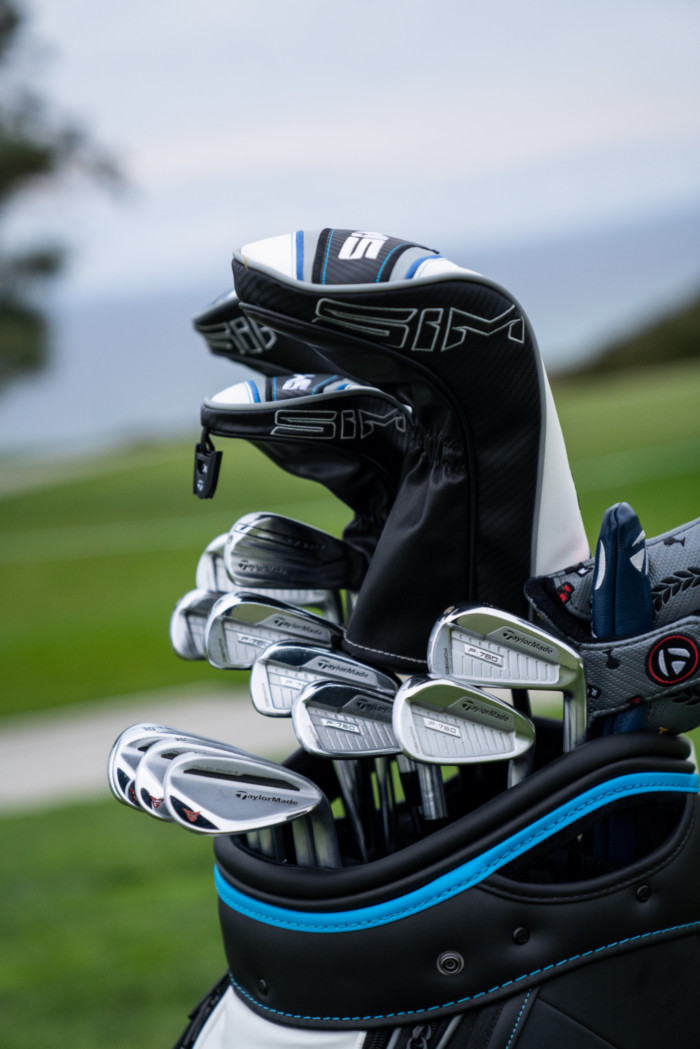 Jason Daystood on the south end of the range at Torrey Pines testing a new SIM driver vs. his current gamer. After a couple of swings with the new club, he moved back 10 yards because his ball was reaching the teeing area of the north end – where other players were also gearing up for the week. The smile on Sbarbaro’s face said it all. Coming off an extended layoff because of recurring back injury, Day is still in the process of club testing and finding the right driver configuration for the 2020 season. SIM fairway went in the bag immediately with his Kuro Kage Silver shaft. 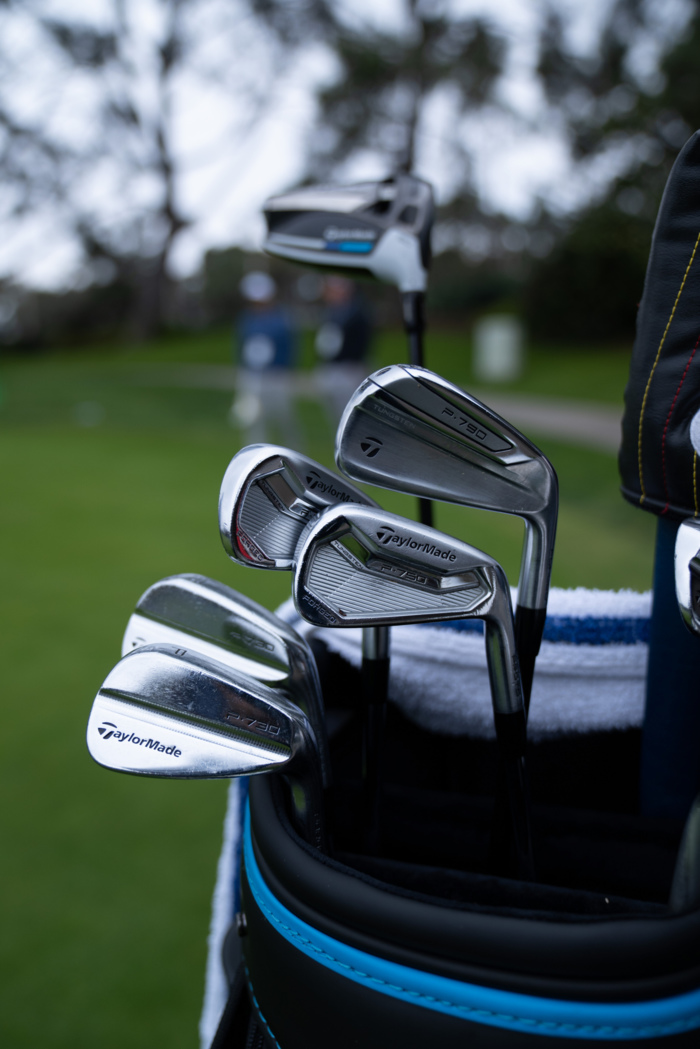 Collin Morikawaopened the week in the marquee pairing with Tiger Woods and Jon Rahm. Interesting fact, it was the first time Woods was paired with someone who was born after he turned professional. The consistent play that defined Morikawa’s rookie season allowed him to navigate the spotlight. He carried nearly the same club configuration that he started the season with at the Sentry Tournament of Champions. The single addition was P•790 UDI 2-iron.

Coming off a stellar rookie campaign, Matthew Wolff comes into Torrey Pines looking to build on the momentum he’s generated. He carries with him the same bag that he started his 2020 season with at the Sentry Tournament of Champions.