As a kid, the golf course was Ashley Grier's personal playground. Seriously, that's not an anecdote. Her parents owned Yingling Golf Center in Hagerstown, Maryland, and their home was part of the property. She would literally walk out her front door and step into a golf wonderland of putt-putt and par-3s.

There was rarely a day where she or her two sisters didn't hit a ball, and they all went on to play college golf, Ashley at the University of Central Florida.

"It's in our blood, that's for sure," she says. "I always thought I'd end up working at a golf course or running a facility because that's just all I've ever known."

The game had other plans for her. Although Ashley is PGA Professional like her father, fully equipped with all the skills to teach the game, operate a golf shop and manage golf course maintenance, her skill as a player has allowed her to make an impact beyond what she could've imagined.

Assistant professional at Overbrook Golf Club in Pennsylvania is her day job, but when she's not giving lessons or working the shop, she's grinding on her game. Competing and practicing are fun for her – likely a trait leftover from her daily childhood routines. And it's paid off in big ways.

In 2016, Ashley was one of two women who competed in the PGA Professional Championship – the Super Bowl for club professionals, with the top 20 finishers earning a spot in the PGA Championship, one of golf's majors.

"I grew up playing with the guys, so I wasn't really intimidated or anything like that," she says. "Sure, I felt a little bit out of place that first time around at Turning Stone in 2016. You feel the eyes on you, and I remember a couple people asking me if I was there to caddy for my husband – but a lot of guys in the field and at the PGA were supportive the entire time. It was a great experience."

Although she missed the cut, she wouldn't have to wait long for her next opportunity to take on the guys.

In 2017, she made history by becoming the first woman in the Philadelphia PGA Section to win a points event against a men's field. She finished that year 7th overall in the race for Section Player of the Year. 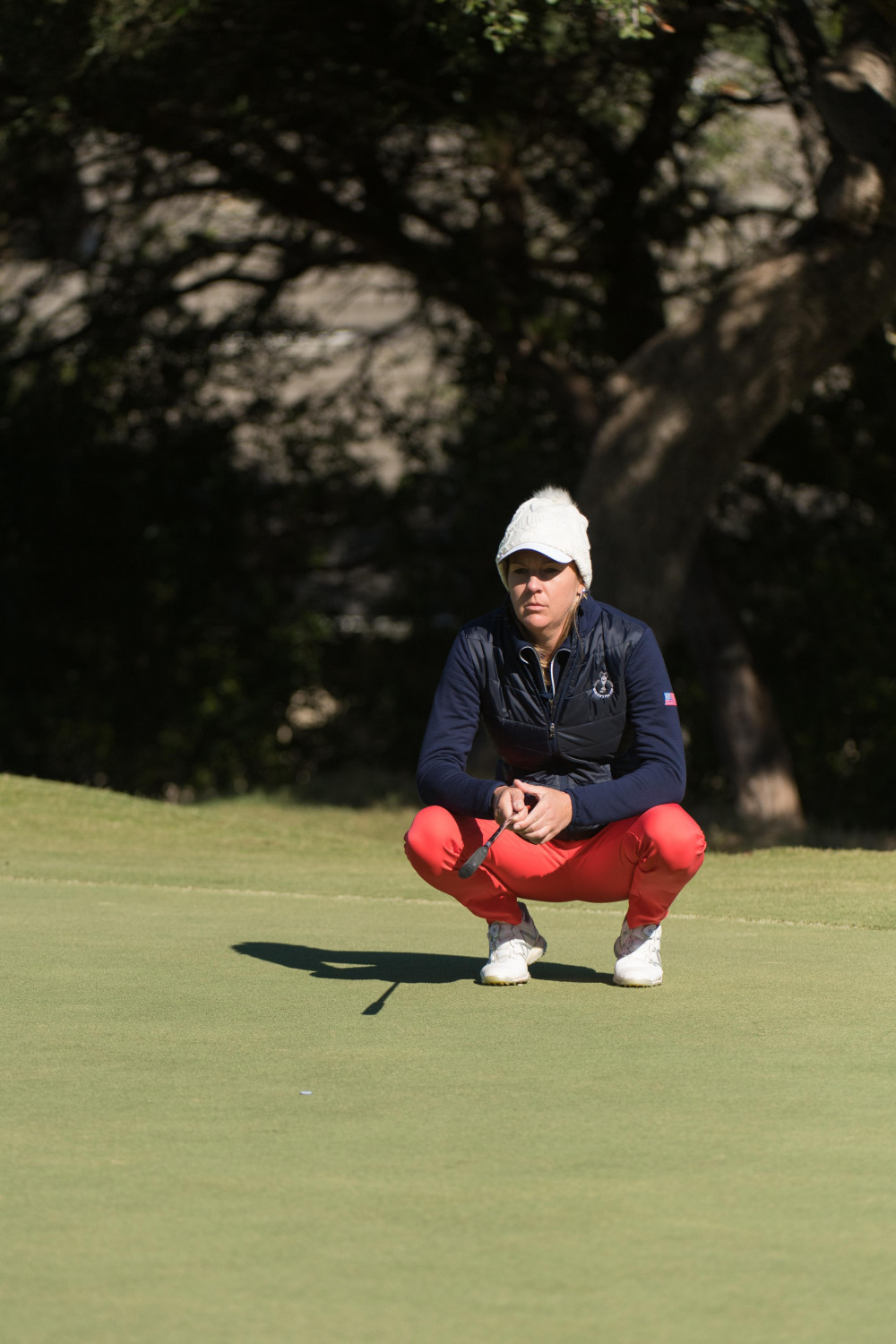 Presently, her game is as sharp as it's ever been. The challenges of a world with COVID led her to be furloughed from her position at Overbrook last summer. The silver lining, she went back home to Hagerstown and helped run the family business while getting the opportunity to practice every day at her personal playground.

"Everything was closed in Maryland, so I had so much time to practice and play the par-3 course," she says. "My short game was really dialed in."

When competitions started back up, she was ready. She finished third in the PGA Women's Stroke Play Championship and won an open field PGA Assistant Professional event in her Section. Her play earned her the honor of 2020 Women's PGA Player of the Year and a spot back in the field at the 2021 PGA Professional Championship, which will take place next month at PGA Golf Club in Port St. Lucie, Florida, on the Wanamaker and Ryder Courses.

Despite not being eligible to make it into the PGA Championship if she finishes in the top 20 – to do so, she'd have to compete from the same tees at the men (the Wanamaker is 7,000 yards while the Ryder is 6,800) – she revels the chance to compete on the national stage. PGA rules require women competitors in men's fields to play from 80-85% of the men's yardages.

"I'm not the longest hitter, so I don't think it's realistic for me to play from back there and have a chance to compete," she says. "Either way, this one of my favorite tournaments to play. With the cameras, the TaylorMade Tour Truck, it's like a Tour event. It's special in every way, and I'm excited to have earned my spot."

In addition, Ashley will compete in the 2021 KPMG Women's PGA Championship, a major stop on the LPGA Tour. Over her career, she spent five seasons on the Futures Tour (currently the Symetra Tour) while also appearing in the U.S. Women's Open and the LPGA Championship.