When I arrived on Monday and walked down championship row, I was reminded of what inspires me to play this game. Being a champion myself one day. For now, however, I'm excited to have a media opportunity and speak with some of the game's top players, pick their brains and understand the approach needed to compete at the highest level.

On Tuesday, I caught up with fellow Team TaylorMade athlete Charley Hull to walk a few holes during her practice round. Her relaxed and laid-back approach fits perfectly with the vibe of the tournament. Everyone on the grounds is just…easy going, easy to talk to and welcoming. You almost forget it's a major.

Charley is the type of player who swings freely and relies heavily on her feel and instinct. We talked through her approach on the iconic 18th hole – a long par 5 with an island green that will play 561 yards during the tournament. When it comes to long par 5s, you're speaking my language. More to come on that in a bit. Charley talked about being aggressive on this hole, trusting her swing and using her length as an advantage – she is in the upper echelon of swing speed on the LPGA Tour. I mean, she balls out using blade irons.

New for her on the week is a TaylorMade TP Soto putter – so blades all around ha! If he putts well around these challenging greens, I may have to give it a try. 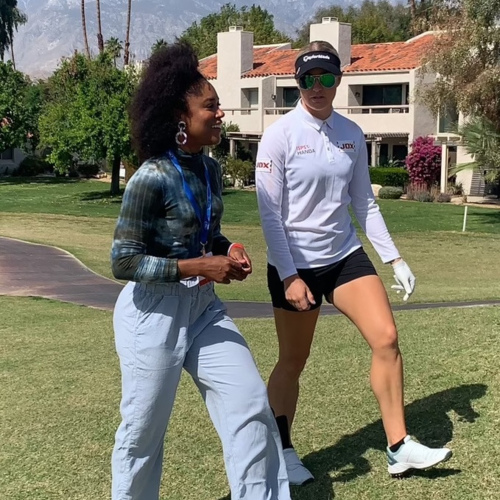 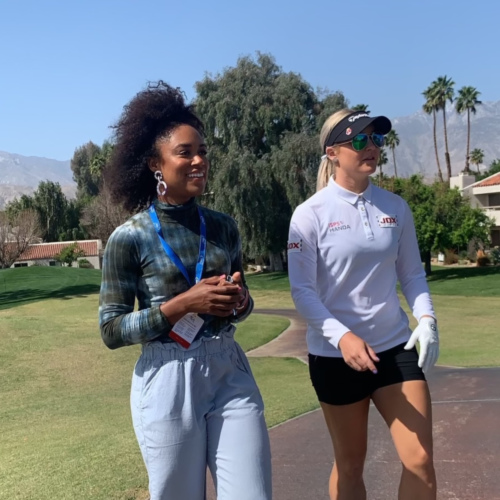 So fun to walk and talk with fellow Team TaylorMade athlete Charley Hull.

On Wednesday, I found myself in a fantastic group for the pro-am. Because I live in the area, I've been lucky enough to play Mission Hills a number of times. But there's always a different feeling when those sponsorship banners surround the tee box. The course was playing fast and firm, with the greens in perfect condition – as you'd expect. The collection of par 5s play long, totaling more than 2,150 yards in total. So, distance will be a premium and those who can give themselves a chance to reach the greens in two will have a distinct advantage.

Hoping to shake the "am" status and get into the pro-pro world soon!

Following a quick outfit change, it was back out to the 18th hole for me. The ANA Inspiration Charity Match was in full swing, with legends of the game teeing off to raise money to advance women's golf at the junior, collegiate and professional levels. I was tapped to hit drives for each team off the 18th tee – perfect, I was in my element. I uncoiled equally massive drives and allowed both squads to go for the green in two with relative ease.

What an amazing experience. The group's pros gave me such positive feedback, commenting that my swing wasn't that of the typical long driver and that they believed I had the all-around game to compete alongside them one day soon. I was floating! What an ANA Inspiration (get it, lol).

At the end of this week, who will be leaping into Poppie's Pond, donning the robe and hoisting the tournament? I wouldn't bet against my Team TaylorMade compadres, they have the length and power to attack the par 5s and the touch to navigate the greens. I can't wait to "splash" onto the scene and hopefully, one day, have the chance to tee it up alongside them. Until then, this is Troy Mullins for Team TaylorMade…signing off. 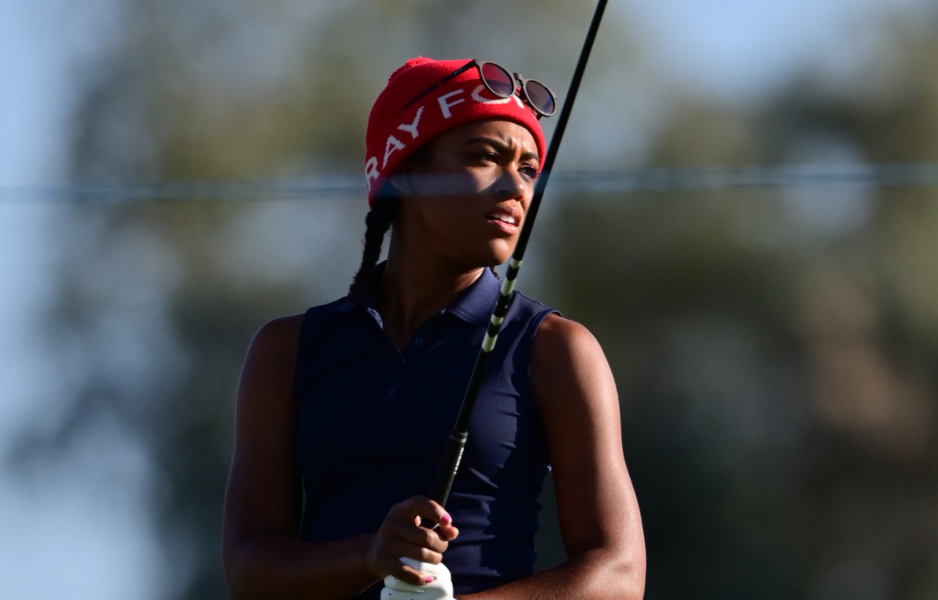 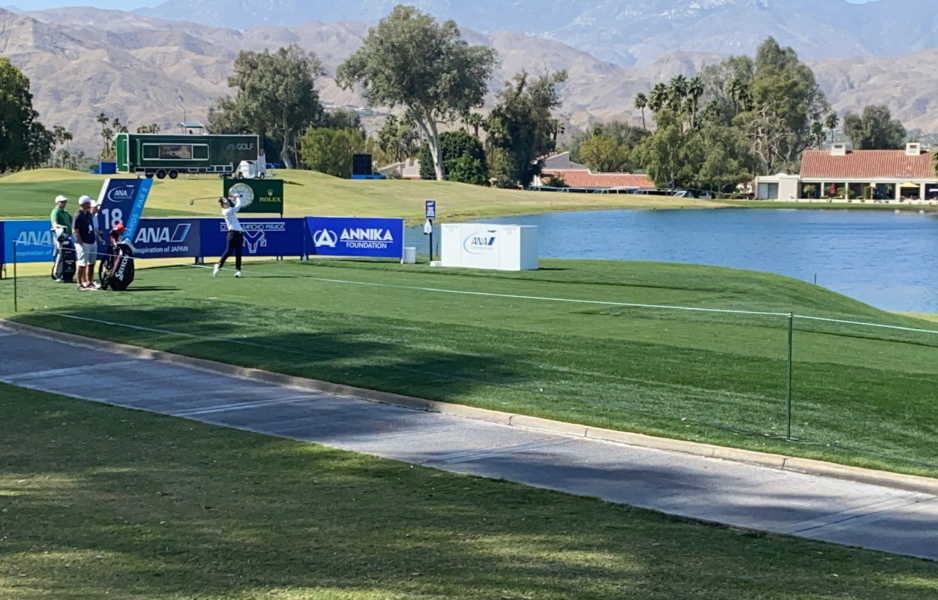 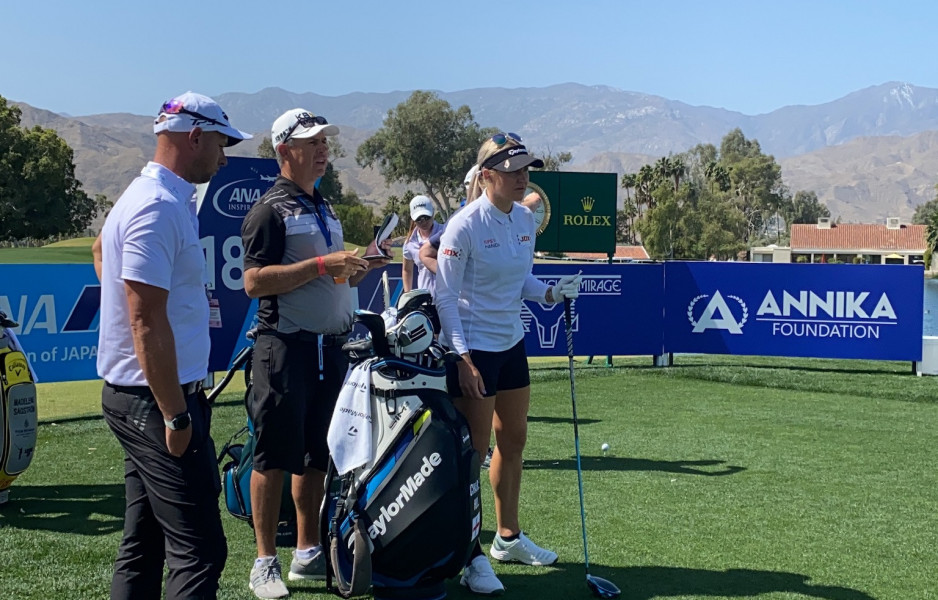 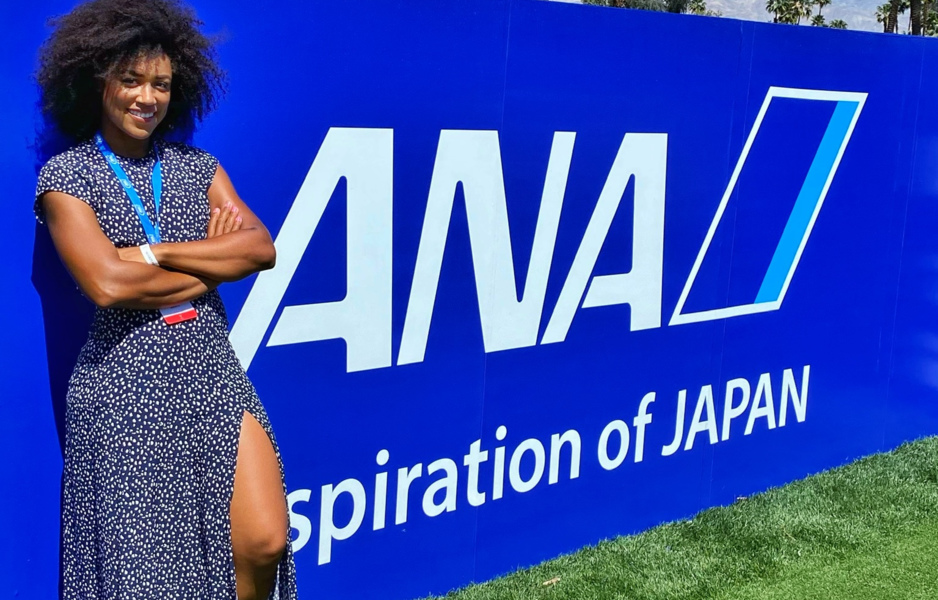