Set to be held in Northern Ireland for the first time since 1951, the 148th installment of golf's oldest major championship returns to the iconic shores of the Emerald Isle at Royal Portrush. With the Hills of Donegal watching from afar, the links will once again challenge golfers from around the globe aiming to capture the championship.

Although the reputation of the links test precedes itself for being one of the most arduous courses in the world, Team TaylorMade staffer Rory McIlroy currently holds the course record of 61, which he carded when he was merely 16 years old.

The path to victory at this coastal course, however, is sure to try the fortitude of each player as they attempt to maneuver through the labyrinth of unyielding terrain.

This year, our designers at TaylorMade created a staff bag for the Open Championship that brings to life the shifting sands, castle ruins and mysterious legends that dwell within the rugged hills of Northern Ireland.

The navy, maroon and gray colors that highlight the bag pay tribute to Royal Portrush Golf Club, which boasts the same color scheme, and the limestone-colored surface of Whiterocks Beach. 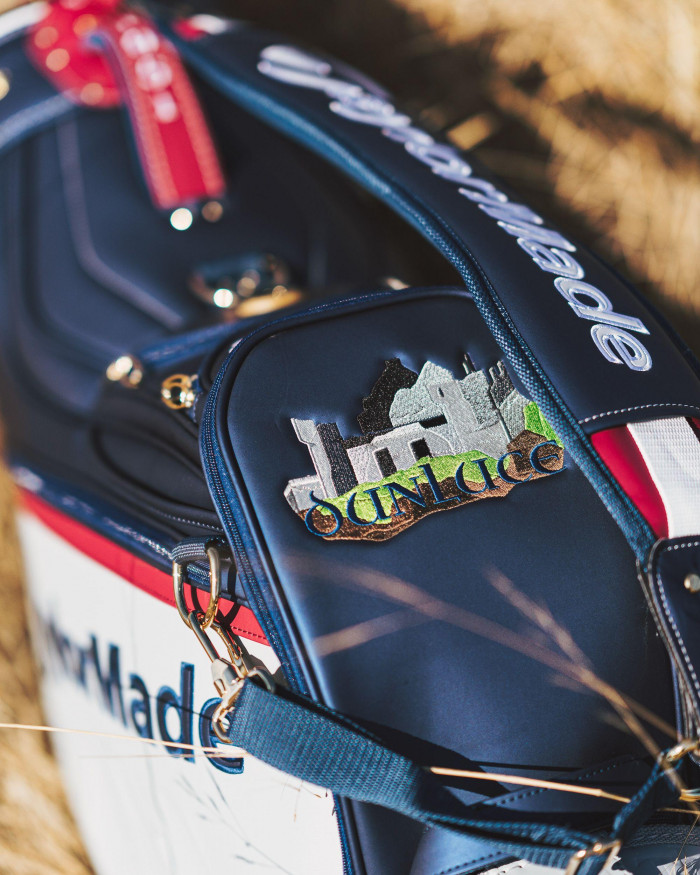 Drawing on heavy inspiration from the Giant’s Causeway, the TaylorMade staff bag pays tribute to the ancient tale of how the large pillars were said to be removed by an Irish giant after crossing the North Channel to fight his Scottish adversary. The Giant’s Causeway is brought to life on the bag through protruding hexagonal columns on the panel and the words “gateway to the causeway” debossed on the bag’s base.

Perched daringly close to the ocean depths, the famous Dunluce Castle can be found just beyond the northern reach of Royal Portrush’s grounds (and on the bag as well). The famed castle dates back to the 12th century and is known around the world as a treasured landmark of Northern Ireland. The Dunluce Links at Royal Portrush is the namesake of this iconic stronghold. Embroidered on the bag’s ball pouch, the castle remains are regally emphasized by the lush greenery that surrounds the jagged gray rocks.

Boasting of ancient times past, the Dunluce Castle was also a filming location for the famous TV series Game of Thrones.

A short drive up the coast from Royal Portrush will lead you to the famed Carrick-a-Rede Rope Bridge. The rope walkway stretches across the treacherous sea cliffs leading to a once-famous salmon fishing spot. Embossed near the top of the staff bag, the rope design represents the momentous bridge.

Whiskey enthusiasts will note the multiple references to the continent’s oldest distilled beverage on the interior lining, too. Sláinte! 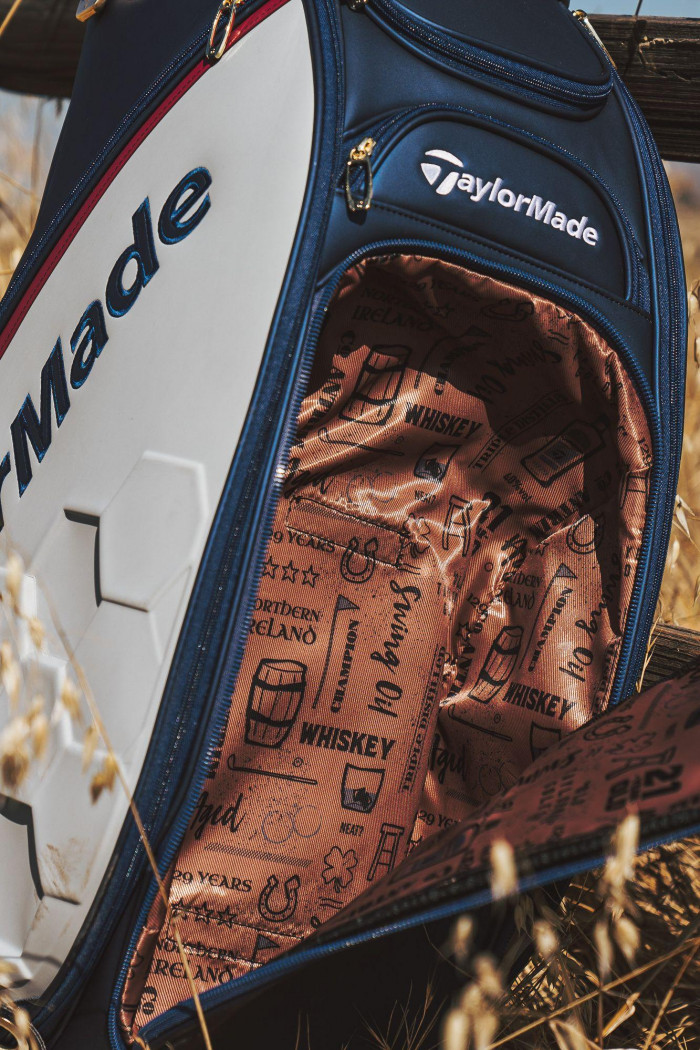