The Rebirth of V Steel

It’s been nearly 20 years since TaylorMade first released the iconic V Steel design. At the time, it was met with fanfare both on the Tour and at the amateur level. Among the professional ranks, the game’s top players (many of who were not TaylorMade staffers) began replacing their fairways with V Steel.

What made it so revolutionary?

The raised heel and toe meant less sole area to contact the ground. That ultimately equated to improved turf interaction and less restriction as the club moved through impact. The V Steel cut through the grass and could be played with great effectiveness from the rough or from tight lies. This design generally comes with a tradeoff of a higher CG projection.

From an engineering perspective, a raised heel and toe commonly translates to high CG – which means more spin and less than favorable launch conditions. However, the V Steel sole shape counteracted those effects and allowed engineers to keep CG low for improved launch conditions and lower spin rates. 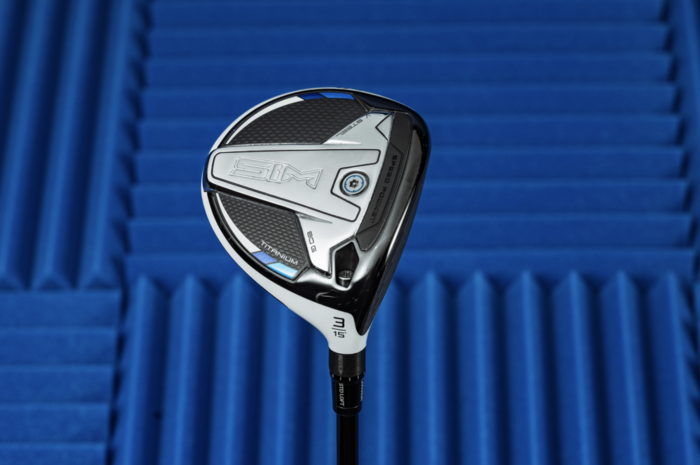 If you haven’t heard, V Steel is back. TaylorMade has reinvented the legacy tech and uses it to power the new SIM, SIM Max and SIM Max•D fairway woods. There’s a similar buzz around the rebirth of V Steel, especially with the modern lot of Team TaylorMade Tour Professionals – most of which were amateur golfers when V Steel first hit the fairways.

“I loved the V Steel back in the day. It went for ages and you could blast it from almost any lie.”
Jason Day

“I played the V Steel in college, and I’m pretty excited to see it back in there. I feel like our company always has the best drivers and fairway woods out there. I was hitting the 3 and 5 woods (on the first day of testing), and they performed great. Obviously, it was the first swings, so there were some things that we needed to tweak. But I knew the performance was real even after the first few swings.”
Dustin Johnson

“My dad was a V Steel fan back in the day. I probably took it out of his bag. Someone had one in the bag today (at the TaylorMade photoshoot) and I had that same feeling – I wanted to take it out of the bag and hit it.”
Collin Morikawa

Let’s talk about some of the differences between the original design and the new V Steel. It starts with materials and components. The modern fairways feature a titanium cast body (only SIM), carbon crown, ZATECH titanium face (only SIM) and the V Steel sole. That’s a far cry from the two-piece construction of the original – which just featured a cast body and 17-4 stainless steel face plated that was welded to the body.

The new construction allows for significant weight savings in the crown (due to the carbon material), which can then be redistributed lower in the club for a higher and more forgiving launch. On the SIM design, an 80g pure steel sole plate is attached to drive CG even lower for improved launch and spin characteristics. It’s fixed to the sole using an additional weight and an internal screw.

On the SIM Max and Max•D models the sole plate is part of the casting. In both of those models, the face is C300 steel. 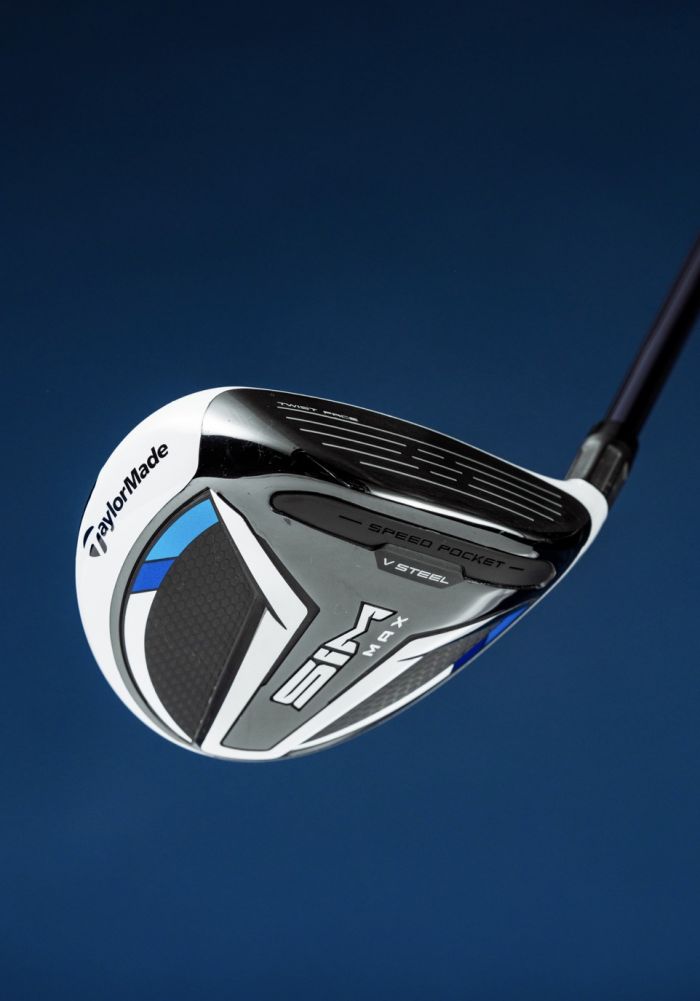 Another major difference between the old and the new, the original V Steel had a CG projection that was 2mm below center. The SIM Max is at 5mm below center, while the SIM is at 7mm.

“Those millimeters of difference might not sound like much to the average golfer, but each millimeter we lower the CG projection equals about 100rpm of spin,” says Joe Hoffman, TaylorMade’s Master Engineer of Advanced Metalwood Design. “Being able to reduce spin by up to 500rpm and maintain the playability and launch of V Steel is a big deal for us as engineers and for the golfer.”

Joe is an engineer, but what does that mean for you the golfer? Lower spin benefits both distance and accuracy, producing the combination of high launch with a penetrating ball flight.

Of course, that’s not the only feature that kicks V Steel into a new plateau of performance. The Speed Pocket, which is filled with a thermoplastic polymer, also reduces spin while also improving launch. While there’s a world of difference between the old and the new, there are plenty of similarities that remind golfers of the performance benefits they loved with the original V Steel.

In fact, many of the same minds played a role in the development of both projects. In addition to Hoffman, manufacturing engineer John Krzywiec and design engineer Allan Saliba were part of the team that designed the original V Steel. They are still at TaylorMade to this day. The engineering crew that developed the reboot included Remy Arnaud (manufacturing engineer), Chris Rollins (CAD engineer) and Tony Osario (industrial product creation).

To end things, let’s take a behind the scenes look at how the new V Steel sole plate is manufactured for SIM fairway woods.