When we set out to make the new Tour Response and Soft Response golf balls, we went straight to the source.

We asked thousands of golfers of varying skill levels what they’re looking for in their golf ball. The resounding answer was: “A golf ball be made for me.”

Armed with this information, our team set out on a mission to deliver a ball that met those precise demands. But first we needed to understand what exactly was meant by “made for me.”

More than likely, these weren’t the players seeking a high-priced Tour ball. Knowing that they don’t swing like a Tour pro, perhaps they thought those balls weren’t made for them (in all truth, TP5/TP5x are very playable for golfers of every skill level).

We also knew these golfers weren’t going to sacrifice performance. The golf ball they chose needed to benefit their game and do everything they asked it to. Affordability was yet another factor in this equation. There are plenty of expensive tour balls out there for golfers who want that. These golfers didn’t want that.

Enter Tour Response and Soft Response. Both golf balls engineered to deliver high performance through different forms of technology – allowing golfers to burn up the golf course without burning a hole in their wallet.

The question remains: What’s the difference between Tour Response and Soft Response? In the remainder of this blog, we’ll dive into the difference performance features and benefits, as well as identify which golfers stand to gain the most from playing each ball. 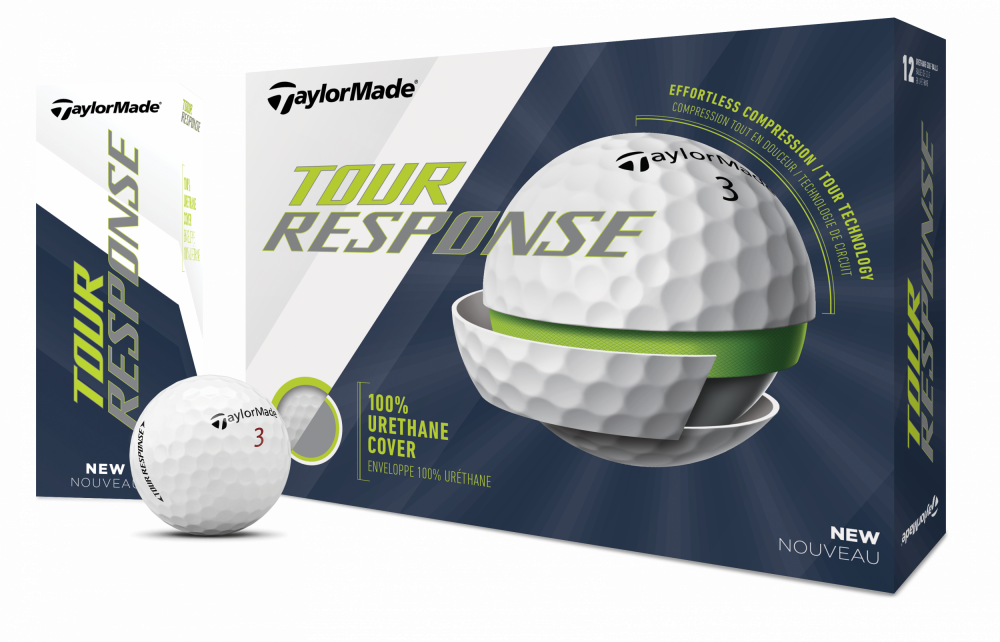 For as long as there have been urethane golf balls, Tour players have used them. It’s the industry standard for premium performance in golf balls, that’s truly undeniable. Tour Response brings that same standard to all golfers at an affordable price.

It’s the same 100% cast urethane cover that’s found on TP5/TP5x. What does that do for the golfer? It allows the grooves to better grip the ball for increased wedge spin – creating thousands more RPMs of spin for the average golfer compared to surlyn or ionomer products.

At the $35 price point, it’s frankly the only golf ball from a major manufacturer to offer a cast urethane cover.

To generate speed and distance, the 3-piece ball uses a progressively stiffer layering system (like TP5/TP5x) that surrounds an ultra-soft 40 compression core. This allows energy to effectively transfer and rebound at impact.

What does it boil down to? This golf ball has a lot of the same characteristics as a Tour ball but for at an affordable price. It’s designed for the player wanting performance at a lower price tag. 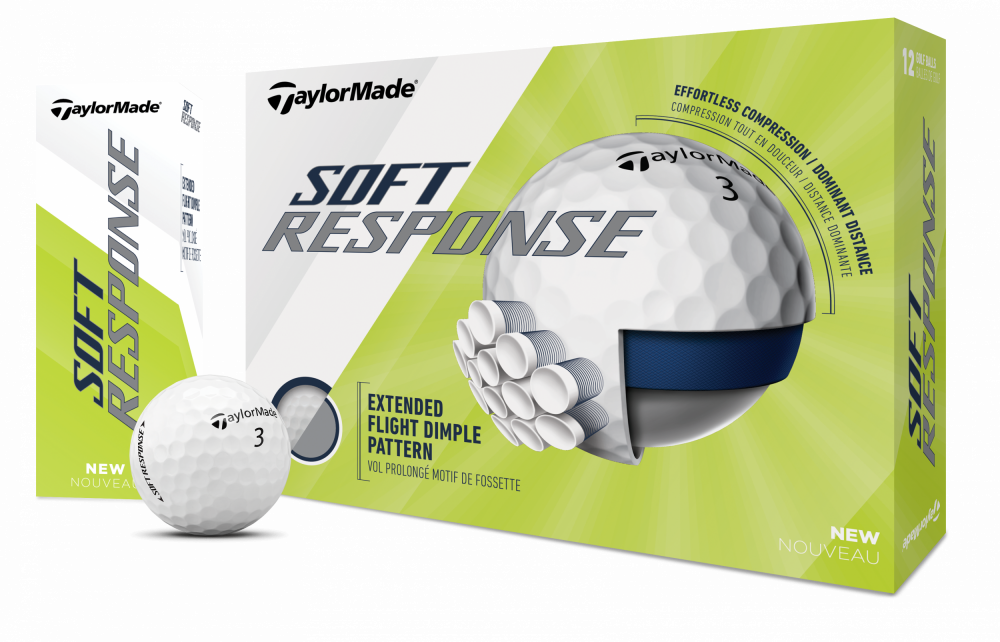 The major difference with Soft Response is the ionomer cover material vs. urethane - it’s designed for a soft feel while maintaining durability. It also has a softer low-compression core (with a compression rate of 35) that gives the ball a super soft feel and performance benefits geared toward moderate swing speed players.

The standout feature is the Extended Flight Dimple Pattern. These shallower U-shaped dimples promote decreased drag and increased lift, so the ball stays in the air for longer even at lower spin rates.

To put it simply, spin helps the ball stay in the air. At more moderate swing speeds, some golfers don’t generate enough spin to keep the ball airborne and optimize their distance. That’s why we sometimes see clubfitters match moderate swing speed players with drivers that increase spin rates.

This golf ball design is specifically meant to assist players who need to keep the ball in the air longer to improve distance. The dimple pattern is a breakthrough in intelligent golf ball design. 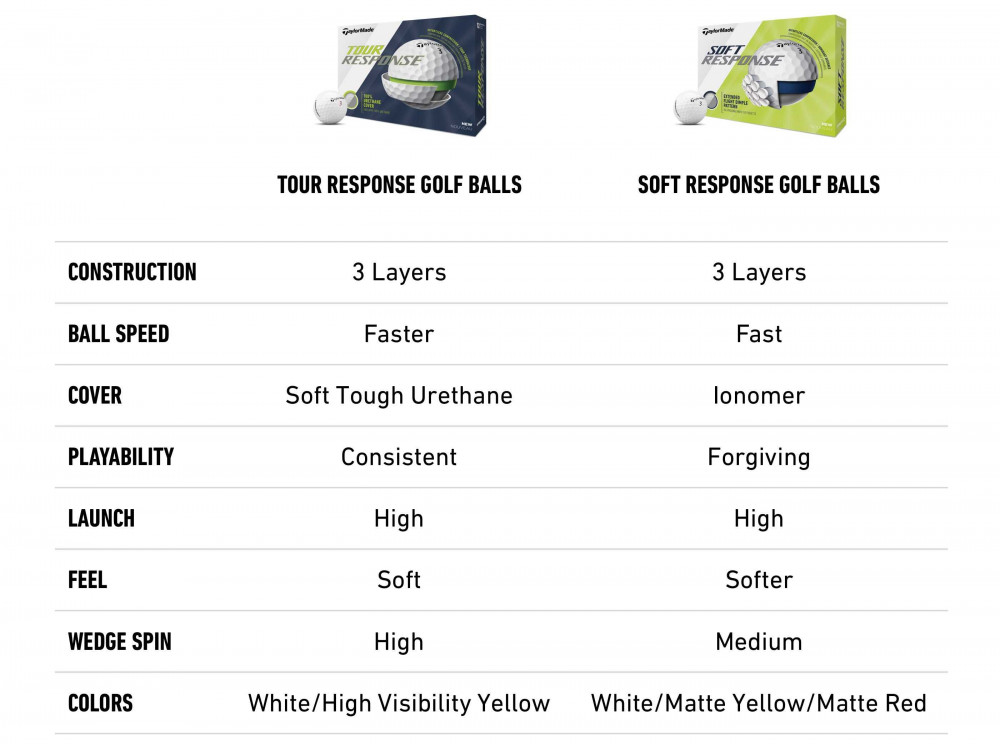