The science of a pure roll

There are several important factors that differentiate Spider Tour putters from other mallet-style putters in the marketplace. The models played by Jason Day, Dustin Johnson, and Jon Rahm each feature 38° of toe hang, whereas most mallet putters are face balanced. Their models also come without a sightline, providing a clean appearance for simplified alignment. However, the most significant element uniting ALL 2018 TaylorMade putters is the proprietary Pure RollTM insert.

In order to get extremely technical about why this insert is used across all 2018 TaylorMade putters and how the technology works, TaylorMade’s expert putter fitter, Duane Anderson, walks us through what makes Pure Roll insert technology a complete game-changer on the greens.

THE MOST COMMON PROBLEM IN PUTTING

“One of the biggest problems golfers have with their putting is that most people have never been fitted for a putter before. Within the golf industry, putters often get completely overlooked in the fitting process.

A few years ago, I went to a massive demo day event with a table of putters lined up. I would watch people walk up to the table and pick up a putter. They'd grab a putter, waggle it, put it down, and grab another one. They would grab four or five putters and then all of a sudden they'd say, "Oh yeah, okay." Then they would walk to the putting green and start putting with it.

I'm watching this, scratching my head because I was watching people grab five completely different putters at different lengths, different weights, different head styles, different offsets—all these things that we spend so much time detailing over, and for some reason that one putter just “seems” right.

I was thinking to myself, "Why did they make that decision?" I think the problem is that people really don't know how to choose the best putter.”

"At TaylorMade, we use our most advanced technologies to figure out exactly which style you should use. Then we're able to use that same technology to make sure you're launching and rolling the ball correctly off the putter face. 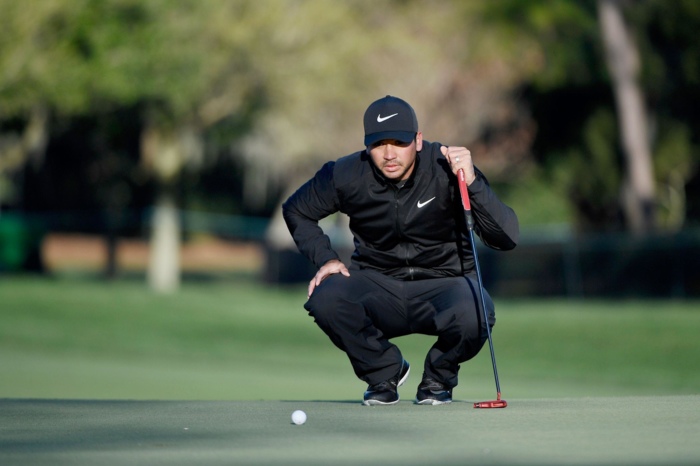 When we putt, we need to impart as much topspin as we can off the putter face to get the ball rolling smoothly on the green. After impact, the ball makes the transition from a resting position to “true roll” in a period of time can be anywhere from 10% to 25% of the length of their putt. So on a 40-foot putt, this could be a difference of about 4 to 10 feet. On those longer putts, it is vitally important to get the ball rolling true as soon as possible.

When we see people come into our putting lab to get fitted, they are often just trying to find the right style for them—whether that means face balance, toe-down, mallet-style, blade-style, and so on.

There are a lot of different golfers with a lot of different stroke mechanics. You can get a guy that forward-presses and hits up on the ball, which actually generates some topspin. But we also see a lot of players with their hands back, which typically produces backspin.

The beauty of our Pure Roll insert in TaylorMade Spider putters is that it immediately increases the amount of topspin for every player, regardless of his or her stroke or ability. There aren't many products in golf that work for everyone. That is one of the special things about Pure Roll technology—it is truly a product that works for everybody.

With the technologies that we have today, to be able to measure launch spin speeds so accurately, it's really helped us to fine-tune those materials and the performance of the inserts."

THE SCIENCE OF PURE ROLL

"You don't need to have a certain swing type to get better performance out of the putter. It doesn't matter if you're Rory McIlroy or a weekend golfer—we're able to give every player anywhere from 25 to 50 RPMs of additional topspin off the putter face.

A putter cannot affect anything once the ball leaves the putter face, but what we can affect is how the ball begins its roll: launch angle and spin rate. If we can launch it properly with topspin, that ball has a much smoother journey to true roll and gets into its true roll much quicker.

With Pure Roll, the added stability from the increased topspin minimizes the effect of imperfections on the greens. So even if you hit a spike mark, the angular momentum will help keep the ball rolling forward and stay on its intended line more often."

IT’S ALL ABOUT THE GROOVE

"With TaylorMade's Pure Roll insert, we designed our grooves to be a certain angle, at a certain width, at a certain depth, filled with a certain material to apply force in one direction to give the ball topspin.

With any golf club in our bag, there is a certain loft for each of us that produces an optimal launch angle with the right amount of spin, and that's dependent on our speed and our path—it works the same way with putters.

With the 45° grooves in our Pure Roll inserts, we're adding 25 to 50 RPMs regardless of the golfer’s stroke. And with the insert available in both Spider Tour putters and TP Collection putters (like the Soto putter model that Rory McIlroy is currently playing) golfers have the opportunity to find the right shape for their stroke with a Pure Roll insert that works for everyone.

THE IMPACT OF COMBINING SPIDER WITH PURE ROLL

What's very interesting about Dustin Johnson switching into the TaylorMade Spider putter is he came from a classic blade putter; an L-neck Daytona-style blade that he had played for years. 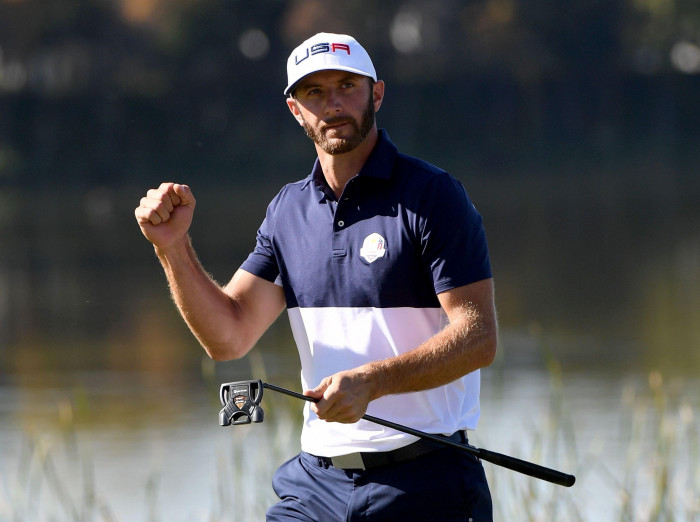 With blade putters, they’re typically weighted heel and toe so that the center is very stable. The problem is, even if you make contact toward the toe, even just barely off-center, the face will open up and the loft will increase, so not only is the ball coming off line, but it won’t be rolling as well because it has more loft than it normally would.

With the Spider putter, what we found immediately is we have the stability—heel, center, and toe—so even if his strike is a bit off-center, it's still going to maintain its line. I think both the stability of Spider and the effect of Pure Roll, in concert, attributes to why he's making more of those putts outside of 10 feet."

"The other interesting thing about the putter that Jason Day and Dustin Johnson use is they prefer a #3 hosel. They don't use our traditional bent shaft, face-balance Spider; they use a shaft that has a little bit of a toe-down to it.

Dustin was playing a 45° toe-down blade before switching to his Spider. So because of the toe-down effect that the #3 hosel gave him, it was a very comfortable change for DJ to make. If you put a face-balanced, bent-shaft hosel in there, it's not going to rotate the same. With Spider Tour, we found a design that allows him to have similar face rotation in our Spider mallet that he was used to in his blade putter.

AN INSERT FIT FOR FEEL

We originally designed the Pure Roll insert with an aluminum base material. To explore variations in feel, we also designed different Pure Roll inserts, like Dustin Johnson’s putter with a Surlyn material, which has a quieter sound and a softer feel.

It's nice that now we're offering that same putter in both options; Jason Day likes the aluminum blend, and Dustin Johnson prefers the Surlyn version. It's something we've offered to Tour players for a very long time, so it's nice to now have the same product line in these different options and offer it to the public."

"I think that's one of the fascinating things about putting, in general, is that it's so much feel-based; we're so emotionally connected to it. Confidence is also vitally important when it comes to putting, so it’s nice that from a technology standpoint, I'm able to show golfers which putter makes the most sense. There's confidence gained when you know, statistically, that a certain putter is best for you.

Confidence is a massive component of putting, and I think that's why we spend a lot of time in the design process from an aesthetic point of view, both with our TP Collection of putters and our Spider putters."