Dustin Johnson came from two shots behind at the start of the final round to win the 2020 Travelers Championship at TPC River Highlands in Cromwell, Connecticut carrying a full bag of TaylorMade equipment, including TP5x golf ball. It was the maiden PGA TOUR victory for SIM driver and Truss putter.

It was a unique setup for DJ, as he carried two Rescues throughout the week. These clubs are generally reserved for those of us who need to boost or supplement our long iron play. However, that’s not an issue for DJ. He’s easily one of the game’s longest hitters (currently ranked 22nd in driver distance on the Tour at 306.9 yards) and most skilled ball strikers. So why would DJ need two Rescues?

He came to our team the week prior at Hilton Head in search of clubs he could carry two exact distances – 245 yards and 265 yards. It was a strategy for the upcoming pair of events, both Harbour Town Golf Links and TPC River Highlands are exacting golf courses that have precise landing areas off the tee.

The strategy was key to his victory, with Rescues off the tee at Nos. 9 and 10 in the final round leading to consecutive birdies.

His Truss putter also proved to be a major factor all week. During the 3rd round, he turned in a career-low 61 (9-under-par) and reached +5.992 Strokes Gained Putting on the field for the week.

“Dustin went with a Truss TB1 blade this week after some extensive testing. We adjusted the loft, lie and swing weight until it looked and felt perfect to him. We also had a new SIM Max Rescue built at 19°. The one from he had was at 20° and flying 257. We needed it to go 265 in the air, so we built it out at 19° and he was easily hitting it 265-plus.”
Adrian Rietveld, TaylorMade’s Senior Tour Manager

The putter stayed hot in the final round, starting with a clutch roll to save par at the second hole. He then rattled off back-to-back birds at Nos. 4 and 5 to tie for the lead. He'd later drain a 27-foot sidewinder at the 204-yard eighth to bounce back from a bogey. 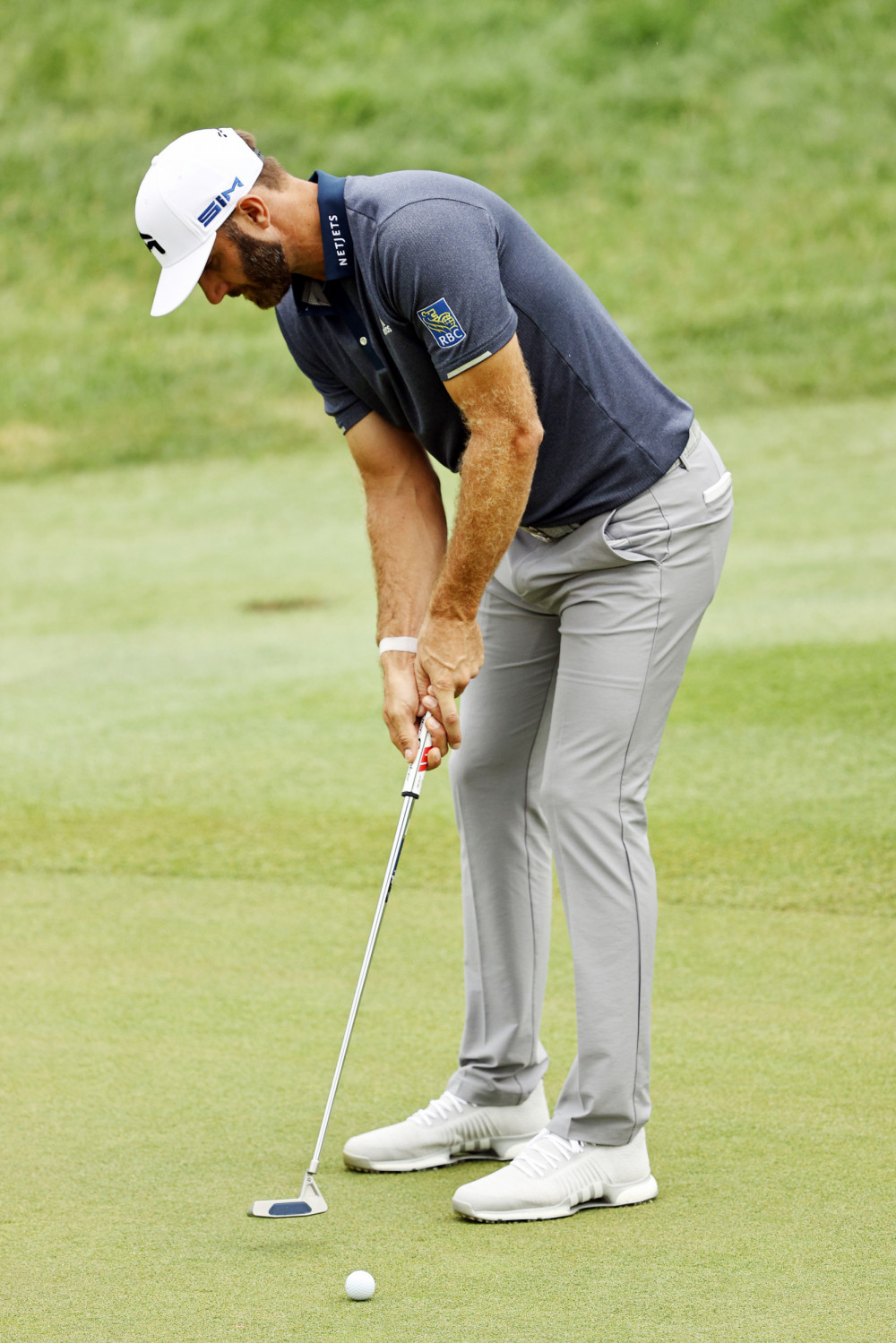 Johnson lived up to his unflappable reputation, remaining composed when his ball came to rest just out of bounds at the par-5 13th. He’d be tested again on the drivable par-4 15th when his ball settled less than a foot from the water. With his golfer’s tan on full display, Johnson scrambled to save par after a classy pitch shot using his Milled Grind wedge (60°).

Following a 30-minute weather delay, Johnson came back to finish the final three holes and finish off his 21st PGA TOUR victory. He capped the day with a 351-yard drive off his SIM driver at the 18th hole (the longest in the field for the day). It also marked the 13th consecutive season with a win Johnson, placing him 4th all-time on that list, and propelled him inside the top 5 of the Official World Golf Rankings.

After putting the TB1 model in play this week he's gained +3.80 strokes on the field on the greens (T12) at the #TravelersChamp. He starts today's final round two strokes off the lead! Learn more about Truss Putters: https://t.co/eelmtflBzapic.twitter.com/YlTY1jPTPS

SHAPE won.@DJohnsonPGA shoots 61-67 on the weekend to win the #TravelersChamp and claim his 21st career victory on Tour! #SIMdriver#TeamTaylorMadepic.twitter.com/WAXkZYO4Av