For many golfers (myself included), this is the best time of the year. Next week, the eyes of the golf world turn to the undulating greens, blooming azaleas, and immaculate conditions of Augusta National Golf Club.

The first major of the 2018 PGA TOUR season takes us back to a place we all know and love. That is one of the great elements the season's first major—we come back to the same venue each and every year. Over time, we become familiar with the breaks of the greens, we anticipate the challenge of Amen Corner, and we appreciate the history that is created at Augusta every season.

Despite the familiarity we have with the course, there are seemingly endless nuances, traditions, and legends that are only experienced by those who get the chance to play Augusta National for themselves. Ahead of the last two season-opening majors, we sat down with Clay Long (What It's *Really* Like to Play Augusta National) and Bill Price (30 Hours at Augusta) to get the amateur's perspective of playing this iconic golf course. From those two conversations, we also learned several golf facts about Augusta National Golf Club that you may not have known.

1. Endless Menu in the Clubhouse

"I remember things like going to eat breakfast, and the waiter comes to the table—and there are no menus on the table—and he says, 'What would you like? Whatever you’d like, we’ll make it for you.'”

"As far as food goes, everything you've heard about eating in the Augusta National clubhouse is true—no matter what you want, they'll make it for you. There is a physical menu, but you can truly ask for whatever you want. The food there is spectacular. Absolutely spectacular. There's nothing like it. The food, the drinks, and the wine are unlike anything in the world."

"The experience of playing Augusta National begins when you're on Washington Road, before turning onto Magnolia Lane. There's no [significant] signage or anything to indicate you're nearing Augusta—you just pull in [and talk to the guard]." 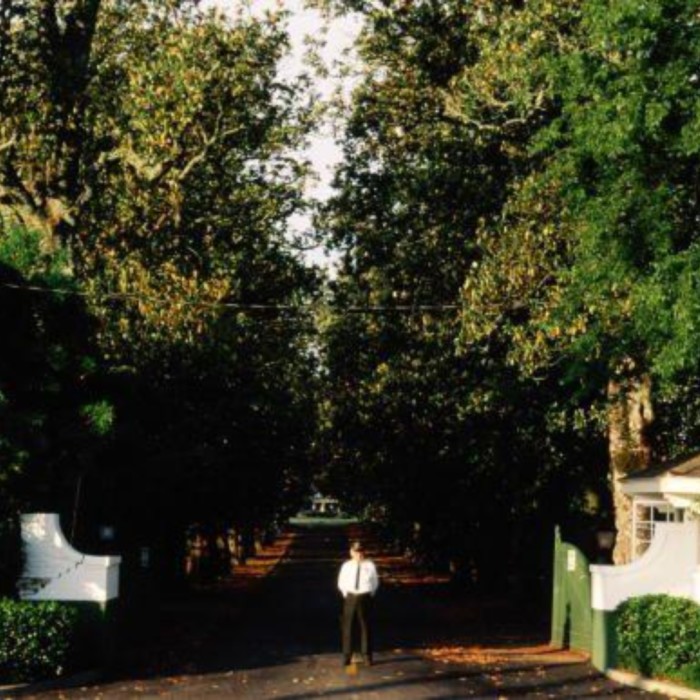 4. The Par-3 Course Is Tougher Than It Looks

"I'm not sure how many people get to play the par-3 course, let alone Augusta itself, but we were certainly very lucky to get to do both. And I have to tell you; it was the hardest par-3 course I've ever played. The greens are as fast, if not faster, than Augusta. They're small little greens and you're only hitting short irons into everything, but the greens were just so fast that they played incredibly tough—it really set the tone for what we were going to experience the next day out on the course.

We also had caddies with us, which was a surprise at first, but I soon realized they were very much needed to help us play smart shots and read the greens. After a couple holes, I started to get the sense that there was a little betting going on between the caddies because they were clearly rooting for and against certain shots! You could just feel the competitiveness of Augusta even at a place as seemingly casual as the par-3 course. " 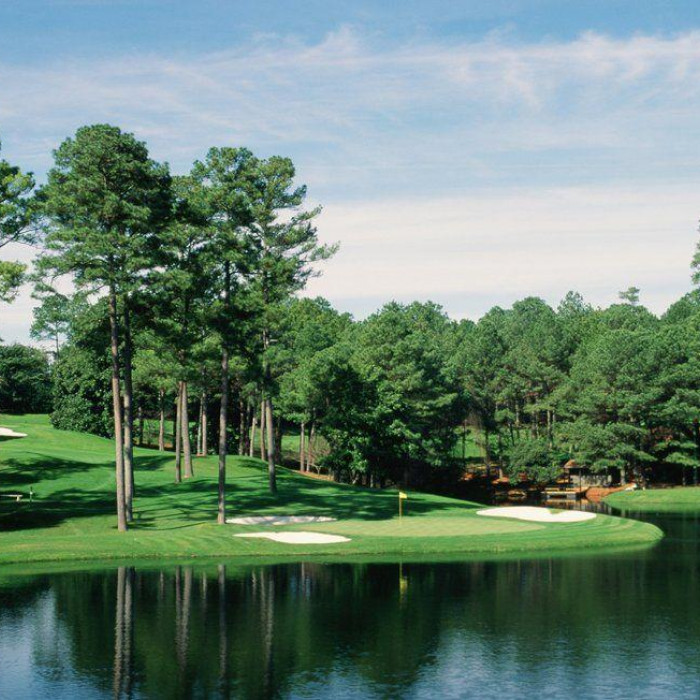 5. Augusta is a Warm and Welcoming Place for Guests

"I remember it being such a relaxing place. It’s a very “golfy” place, it’s not very intimidating… it’s an old wooden clubhouse that’s in perfect shape, and it’s all about playing golf, really. You feel that when you’re there.

It was just an awesome experience. There’s nothing about it that’s too much or overdone, it’s just an awesome place to be. People are awesomely nice and you just, it’s just—I don’t know how to describe it other than you feel pretty much at home there. You would think everything would be so uptight ’cause you hear about how strict rules [are] and you hear all the stories—but this place is here for people to play golf, and it’s just great. Playing it is really like nothing else because of the history. It’s everything you can imagine, and then it’s more once you put your foot on it."

6. Amateurs Sleep in the Crow's Nest During the Major

"We went up to the Crow's Nest where all the amateurs stay. It was a basic, open room with simple partitions separating the different sleeping areas. It was essentially a single room that they would all have to share during the tournament. All I could imagine was the trouble amateurs would have getting to sleep if someone had a snoring problem…"

7. No Divots on the Tee Boxes

Last year, I was lucky enough to win the Ticket Lottery on Masters.com to Tuesday's practice round. While I could go on and on about the conditions and unforgettable aura of walking Augusta, the one thing really that stood out to me was the detailed maintenance I witnessed on the tee boxes.

Toward the end of the day, I was standing near the tee box of the par-3 4th as the maintenance went to work after a full day of practice rounds. There was no divot mix in sight... instead, the crew was literally digging out every individual divot with specialized post hole diggers (about the size of a large footprint) and removing them from the playing area. Then they would fill each footprint-sized hole with pre-cut slabs of absolutely flawless turf (about 8-inches deep). By the end of the crew's work, the tee box looked like it had never been touched before. 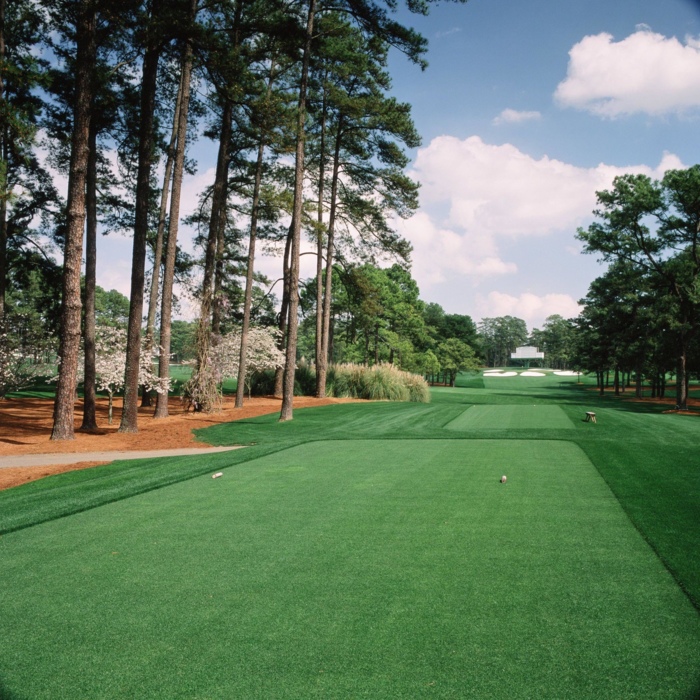 8. A Different Augusta from Wednesday to Thursday

"As I understand from some people that have played in the Masters, they tell me that the golf course undergoes a change from Wednesday to Thursday. When the first round of the tournament comes it’s like the golf course has morphed during the night. It’s much firmer than it was in the practice rounds. If you look at the scores that the amateurs shoot—and these guys are world-class players—you look at the scores they shoot in the tournament and you know something’s up. You know this is requiring a level of skill that even some of the very best amateur players in the world are just not quite ready for yet."

"We were standing on tee box of the 7th. For whatever reason, I've always had this little quirky superstition where I play with red tees—so I had a couple red tees in my pocket and was getting ready to tee up the ball.

Then, all the sudden, there was a golf cart that was driving around toward the back of the 7th tee and it stopped about 60 yards behind the tee box. The guy in the cart was kind of just sitting there with his arms crossed, watching us. After seeing this, my caddy leaned in and whispered, "Make sure you use a white tee." And I looked at him like, why? He whispered back, "That's William Porter Payne… just use a white tee." So now the pressure was really on with the chairman of Augusta watching me tee off. Fortunately, I hit a solid tee shot and my ball found its way into the fairway."

10. It's Wayyyyy Better Than What You See on TV

"It’s better than TV. It’s prettier than TV, even in high def. I think if you talk to people that have been to the tournament, they will say the same thing—that they couldn’t imagine how pretty and how perfect it is until you see it first-hand. It kind of reminds me of going to the Grand Canyon. I went to the Grand Canyon the first time about 3-4 years ago. You’ve seen millions of pictures of it on television specials and everything else, [but] you walk up to the rim and look at it and think, Oh my goodness, none of that did justice to this. Augusta is kind of like that—you’ve seen pictures, but [now] you see it first-hand and pictures don’t do it justice." 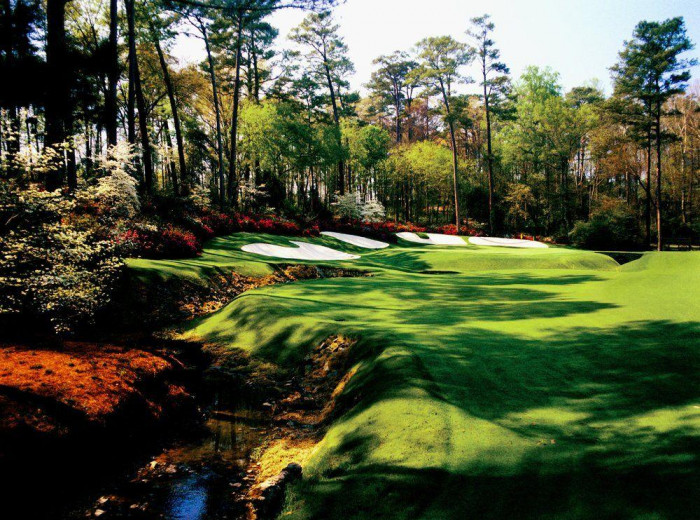