One of the most consistent players on TOUR, Team TaylorMade's Jon Rahm won the Memorial Tournament at Muirfield Village Golf Club with rounds of 69-67-68-75 to win by 3.

His 4th PGA TOUR victory in as many years as a professional was powered by SIM driver, SIM fairways and TP5 ball. Over the course of his career, Rahm has experienced a rapid rise up the OWGR (Official World Golf Ranking). In becoming world No.1, Jon becomes just the second Spanish golfer to reach the No.1 spot with Seve Ballesteros being the only other. At 24 years old, he's the third youngest person to achieve the top spot.

Rahm's OWGR end of year ranking by year is as follows:

The week prior at the Workday Charity Open, our TOUR team worked extensively with Jon to adjust his iron lofts. In his first few events back following the Tour’s restart, Jon noted that he wasn’t seeing the results he was accustomed to with his iron play, even as his ball striking remained world class. Sitting down to review the analytics, our team realized that Jon developed a tendency to miss long – particularly when coming out of the rough. TrackMan and GC Quad data revealed that Jon’s spin rates were slightly lower than normal, which contributed to the long miss. The change was largely due to the increased strength Jon built during the downtime.

Armed with this info, the choice was made to add loft to each iron by 1° and in some cases 1.5°. While that number may seem small, the results were huge. The weakened lofts added a touch more spin and helps Jon to better to hold the greens – which was much needed on the firm and fast conditions of Muirfield. In addition, Jon was able to dial in precise carry distances and take full advantage of his power. 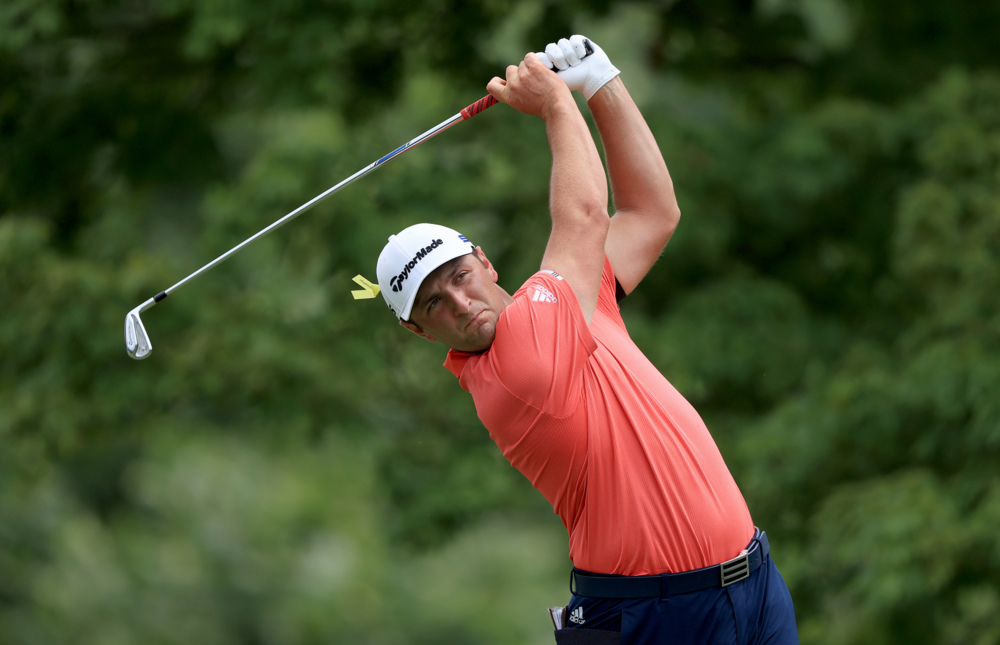 A great example is the 184-yard par 3 12th, where a forced carry to a tucked pin with firm greens forced many players to take the scenic route and play left of the hole. Rahm was able to fire an 8-iron directly at the flag and have it stop 9 feet from the pin because of the higher trajectory, spin and distance.

“Following our session and testing the adjusted lofts, Jon had so much confidence in his iron play. He was shaping the ball both ways and controlling the trajectory due to the increase in spin. He was in full control. From what I saw, I expected him to go out and win the Workday. I was just a week off in the prediction.”
Adrian Rietveld, TaylorMade's Senior Tour Manager

Jon called his 4-under-par 68 on moving day “one of the best rounds I’ve played in my life.” After being patient all day and navigating the firm and fast conditions of Muirfield Village, he rattled off four consecutive birdies (13-16) to catapult into the lead and carry a 4-shot margin into Sunday. He never looked back.

In the final round, not even weather delays could extinguish the fiery Spaniard. Coming off the delay, he immediately birded the 5th hole before pushing his lead to 8 shots as he walked off the 8th green. He played surgical point A-to-point B golf on the opening nine before coming down the stretch with a few fireworks, including an improbable hole out on the 16th. Jon would incur a 2-shot penalty following the incidental movement of his ball, but the results would go unchanged. 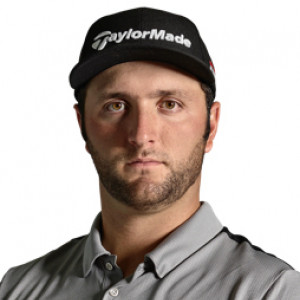 SHAPE won. @jonrahmpga delivers an incredible performance to win the Memorial Tournament. With the win he is now the No. 1 player in the Official World Golf Ranking! 👏 #SIMdriver#TeamTaylorMadepic.twitter.com/9NSEhOyV1K

BANG! Some UNREAL touch and skill from @JonRahmpga! He leads by 4. #TP5#MGHiToepic.twitter.com/mWQ6VMXn9F

The move that leads at Muirfield. 💯 Let’s go, @JonRahmpga! #SIMdriver#TeamTaylorMadepic.twitter.com/sdmV0Zq4Ns