The Inspiring Story of a Special St. Jude Patient

For nearly 60 years, St. Jude Children's Research Hospital® has been a leader in the fight against pediatric cancer and diseases. Within that time, treatments invented at St. Jude have helped push the overall childhood cancer survival rate from 20% to now more than 80%.

At this week’s FedEx St. Jude Invitational at TPC Southwind in Memphis, Tennessee, Team TaylorMade is joining forces with St. Jude to help raise money in support of the venerable work that impacts lives around the globe.

In addition to participating in Birdies For St. Jude, where every made birdie will generate donations, our athletes will use special-edition St. Jude headcovers featuring artwork from several young patients. What follows is the inspiring story behind the artwork of a patient named Victoria, who's ice cream sundae is the cherry on top of the blade cover.

One painting she dreamed — literally dreamed it: An angel who looked just like her, wearing a blue and gold dress.

She woke up in her hospital bed and hurriedly sketched it out, capturing the image until she could get her art supplies and make it a proper painting.

But Victoria’s muse doesn’t just reside in her subconscious and come out while she sleeps. It lives in the heart and soul, mind and imagination of this 13-year-old girl whose paintings brim with a positivity that belies all she’s been through.

Take the one she calls “The St. Jude Tree of Life,” which wasn’t dreamed but rather deeply thought out. The trunk, she says, represents St. Jude Children’s Research Hospital®, where she was treated with proton therapy after having undergone two surgeries on a brain tumor, called meningioma, that’s rare in children.

The painting is colorful, uplifting and filled with love — as sure a sign that it’s a Victoria original as her printed name in the bottom, right-hand corner.

“She’s just our ray of light,” said Marlene, a family friend who founded the Team Victoria fundraising juggernaut, which has raised more than $200,000 for St. Jude. “I’ve never seen her down, not one time. She’s just amazing.”

Or, put another way: When life gave Victoria a brain tumor, she made an ice cream sundae.

An ice cream sundae — that’s the subject of her artistic contribution to the World Golf Championships-FedEx St. Jude Invitational. It appears alongside the art of other patients on putter covers used by many of the Team TaylorMade athletes in the field this week.

“I like to paint things I believe in and I love. So, sundaes, I absolutely love. I mean, who doesn’t?” 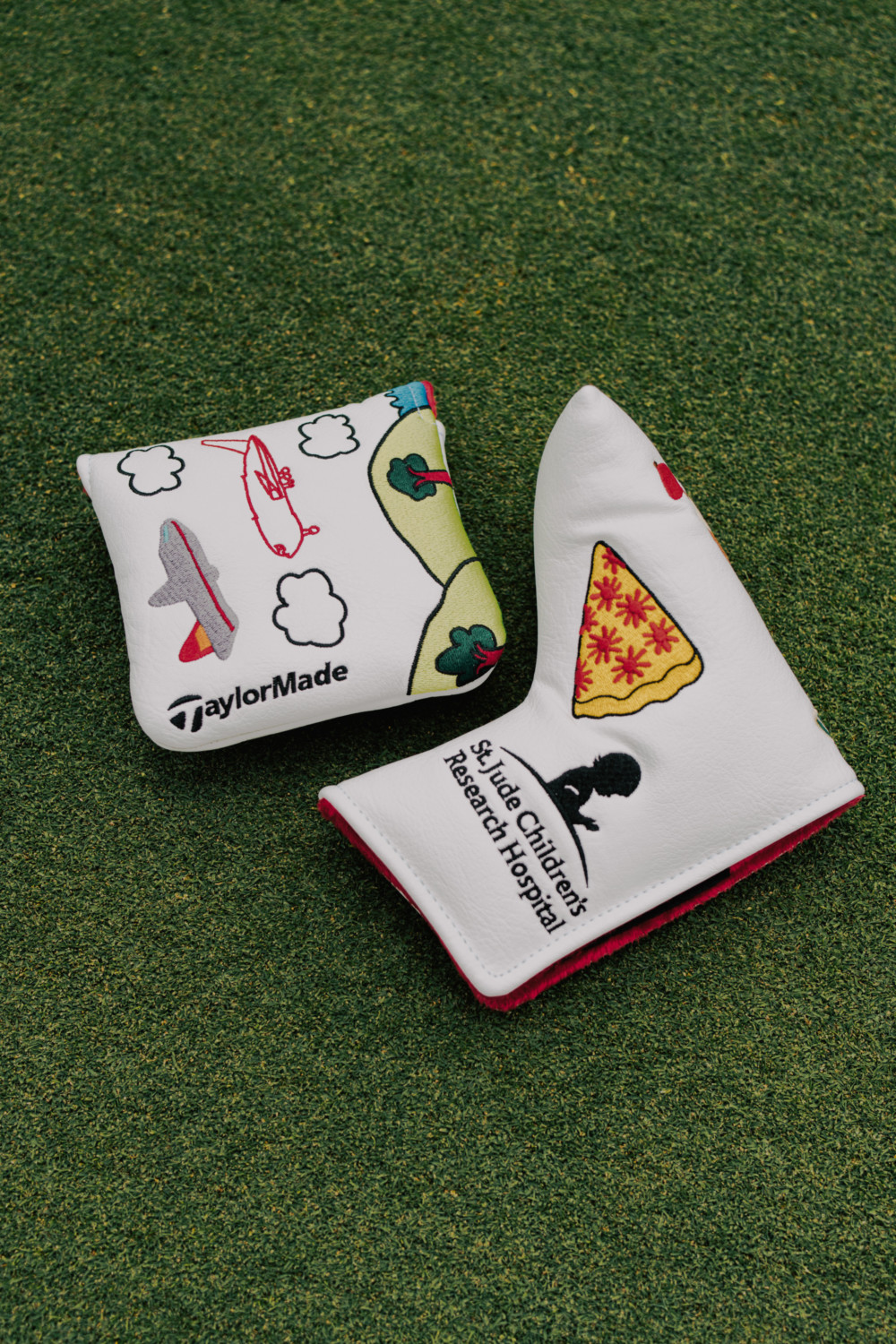 Two surgeries for brain tumors — the first around her pituitary gland, the second around her optic nerve, and neither able to fully remove the mass. A stroke. A seizure. Paralysis on her left side. Rehab to relearn how to walk and talk. Doctors’ warnings that she might lose 50 percent of her sight and 30 percent of her hearing. A third operation to remove the surgical clips from the second.

And then, finally, on to St. Jude, for 30 days of high-dose radiation treatments at the world’s first proton therapy center solely for children.

Those lessons extended to Victoria’s older brothers, Gustavo William and Gustavo Andres, who each spent a month at St. Jude with their sister, helping them understand, Gus said, “how blessed we were and are to have a place like St. Jude.”

“She’s 13 going on, like, 55,” Marlene said. “For the age she is, it’s incredible. Because all of her art has a meaning and a story behind it. It’s not like she just picks up the brush and starts painting. It has a meaning. And she adds the story to it.”

Victoria wants art to always be a part of her life, but she’d like to be a radiation oncologist at St. Jude when she grows up. Or maybe, she said, work for ALSAC, the fundraising and awareness organization for St. Jude. She seems qualified for the latter job already — she’s 13 going on chief marketing officer.

Along with the Walk/Run itself, Team Victoria stages a fashion show and a bowl-a-thon. And art flows through it all. Victoria’s paintings have been auctioned to raise money for St. Jude, and she’s collaborated with a noted South Florida artist, Alex Mijares, on the Team Victoria T-shirt art for the annual Walk/Run. Amid the pandemic, they held a virtual “painting live with Victoria” event.

Hearing it all, you have to remind yourself Victoria is barely a teenager — still living with tumors, and always will, the family has been told. “It seems the tumors are as stubborn and resilient as Victoria herself,” Gus said.

But, he added: “Father’s Day, when we were there for her six-month checkup, we were very lucky and blessed to hear that the tumor has started to shrink a little bit.”

Future doctor? Fundraiser? Artist. All of the above?

Whatever she does in life, we can assume people will feel a little better because of it.

Speaking of which, Gus wants to tell a story about Victoria, a story that “really showed me who my daughter is.”

They were back at St. Jude for a checkup. They were at Tri Delta Place, the short-term housing facility on campus, playing air hockey. A mom walked in with her daughter, about three or four years younger than Victoria.

The parents got to talking. The kids, too.

It turned out the girl was having proton therapy, just like Victoria had. It’s tough. For ideal results, patients should remain awake during the 50 or so minutes of the treatment — all while staying extremely still, with their face fully covered by a mask. 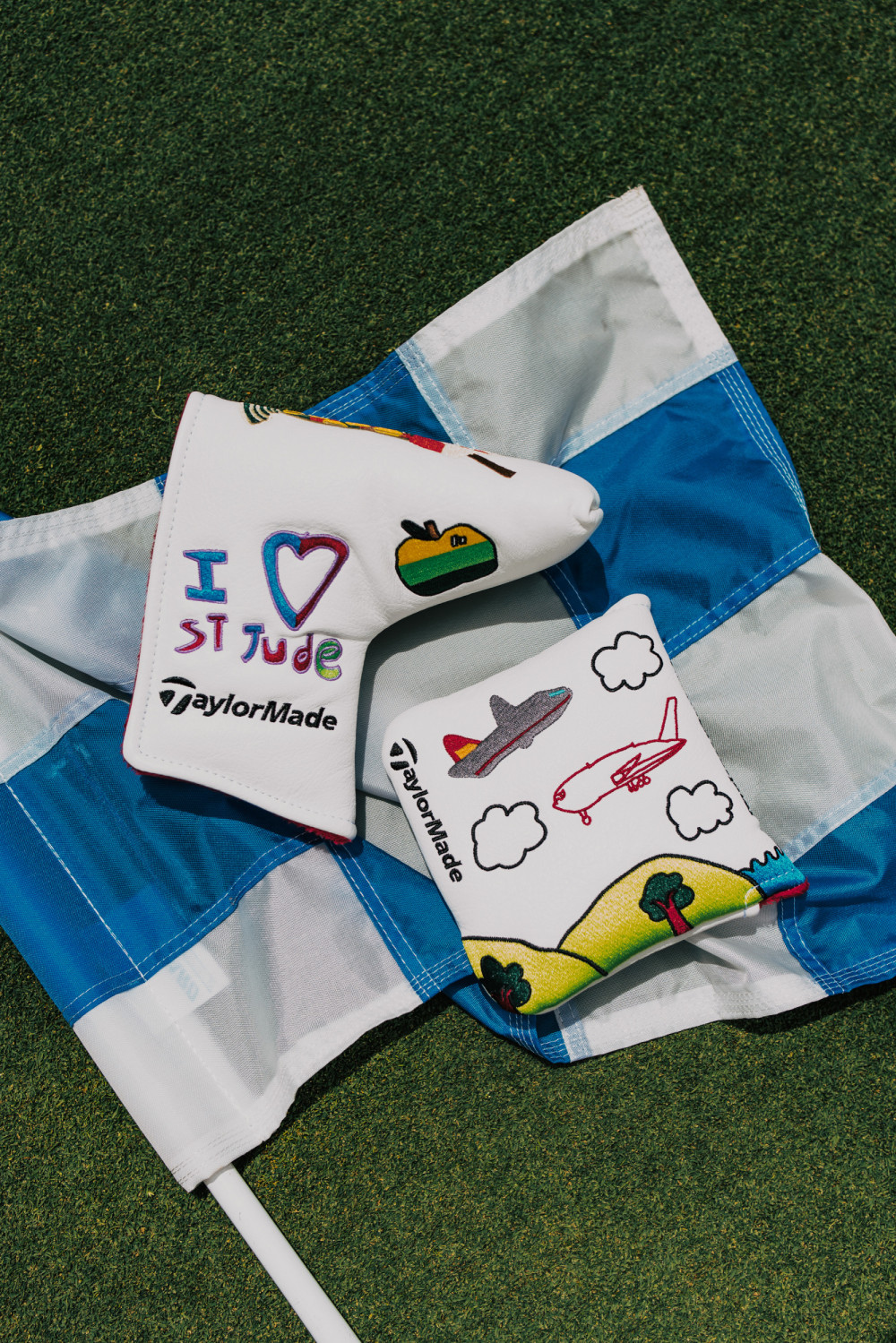 Expand
The headcovers used by TaylorMade athletes at the FedEx St. Jude Invitational.

“So as you can imagine it’s very daunting for a child, or even an adult,” Gus said.

The mother was telling Gus this, and all the while Victoria was talking to the daughter, but listening to the adults, too.

And then, Gus said: “We shut up then as parents, and Victoria and her daughter started talking about why does this happen. The child started saying, ‘Well, I get very antsy, I get nervous, I don’t like it, I get claustrophobic.’”

So Victoria told the little girl how she’d gotten through the same thing, by going to her “happy places,” taking her dolls with her, even, in her mind.

“She started explaining to her,” Gus said, “how her imagination would take her to different places during the treatment.

“We both started crying, as parents, when her daughter said to her, ‘You know, Mom, tomorrow I think I’m going to do it without anesthesia.’

Call it the art of compassion, and sign it Victoria.