The season’s third major has made its way to the Monterey Peninsula to be contested on one of the most iconic, and picturesque, courses on the planet. And Team TaylorMade is running hot out of the gates.

Pebble Beach has transformed from the benign resort course that hosts thousands of golf fans from around the world to a major championship venue in the matter of months. The rough is thick, the greens are slick and the fairways are narrow.

But that hasn’t deterred the best players on the planet from posting some low numbers—at least for now. 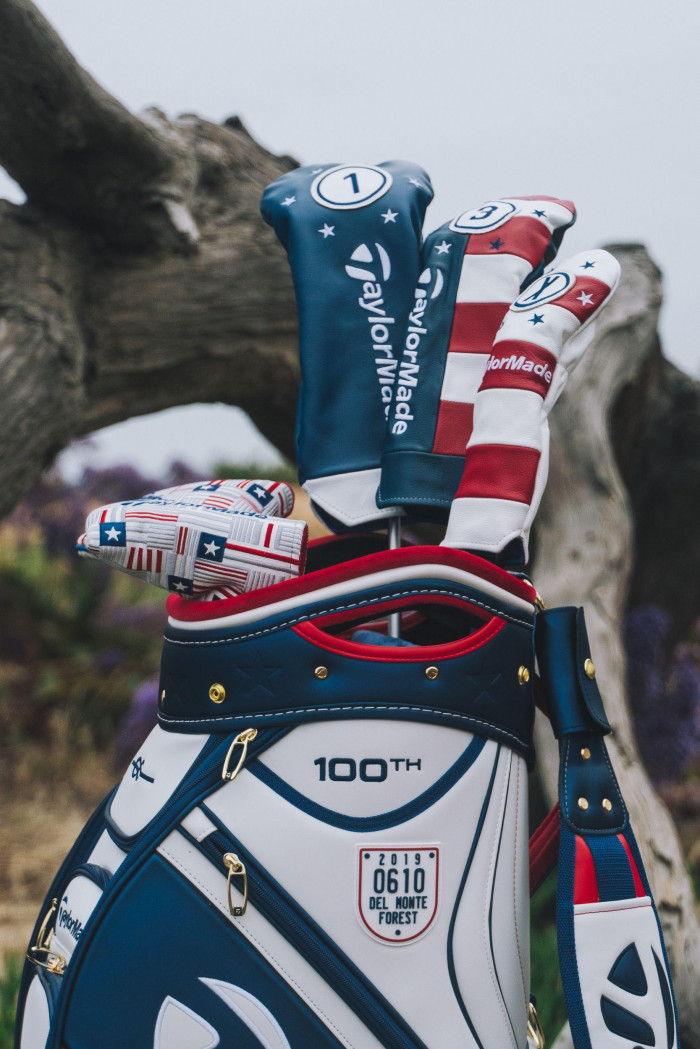 Justin Rose showed his pedigree in posting the best round of the day, a 6-under 65 that gave him the outright lead. Rose, a past U.S. Open champ, was in control of his TP5 golf ball all day, carding five birdies and an eagle, which came at the sixth hole. He still had the outright lead as of press time on day two.

After a strong first-round that saw him post six birdies, Rickie Fowler enters the second round one shot off the lead. Rickie was in total control of his TP5x golf ball, hitting 13 of 14 fairways and 83% of greens in regulation on the day to shoot 5-under 66. Not small feat at any U.S. Open venue, especially at Pebble Beach, which posts the smallest average green size in square footage annually on the PGA Tour.

Most golfers seldom tinker with their equipment setups the week of a major championship, but one notable change belongs to Rory McIlroy. McIlroy removed a 3-iron from his bag last week and added a 48-degree MG Wedge en route to running away with the RBC Canadian Open title.

Rory is not changing a thing this week at Pebble and going with the setup that brought him so much success one week ago. The 48-degree MG Wedge rounds out a trio of MG HiToe Wedges (52°, 56° and 60°) already in the bag.

TaylorMade’s Senior Manager of Tour Operations Adrian Rietveld explained how he worked with McIlroy to fix the gapping in his setup to make up for the loss of a 3-iron.

Rory's wedge setup for Pebble.“We needed to find seven yards of distance to cover the gap (between 3-iron to a fairway), so by bending his 4-iron he was able to move his gap from 220 yards (with a 3-iron) to 227 yards (with a 4-iron). So it’s ideal gapping,” Rietveld said.

Jason Day made a big switch this week as well, changing from the TP5x to the TP5 golf ball. Day wanted a bit more spin with his irons, which prompted the switch to the new ball.

Day carded a 1-under 70 in the opening round using M6 driver, P·760 irons, a trio of HiToe wedges and his trusty Spider Tour.

A collection of wedges in Tiger's bag during a practice round.

Tiger Woodsdid not tinker with his bag setup at all this week and rolled into the site of arguably his most impressive major championship accomplishment, a 15-stroke victory at the 2000 U.S. Open, with the same bag that won him the 2019 Masters Tournament. Tiger opened his bid at Pebble Beach with a first-round 70 (-1).

Dustin Johnson, the 2016 U.S. Open champion, is sticking with the same setup that’s brought him a lot of success in 2019. DJ put the Spider X putter in play a few weeks back and is sticking with it again at Pebble to try and conquer the greens.

While he’s always used a 60-degree MG Wedge, DJ replaced his old gamer with a brand new one with fresh grooves for this week.

Jon Rahmcame out of the gates firing in his first round, carding three straight birdies to take the early lead. He cooled off a bit but posted a strong 2-under 70 to sit squarely at the top half of the leader board.

Rahm was particularily effective off the tee in the first round, using a combination of M5 driver, M5 fairway and an RSI TP UDI 4-iron to find fairways. Rahmbo, who ranked ninth in Strokes Gained-Off the Tee in round one, hit 79% of fairways and 72% of greens in regulation, a powerful combo that bodes well going forward at the U.S. Open.