A Quick 9 with Oliver Gillberg

Oliver Gillberg turned pro in September 2019 after his biggest amateur title at the 2018 South African Amateur Stroke Play Championship. Oliver’s excellent string of amateur performances in 2018 led him to rise to no.7 in the World Amateur Golf Rankings and he was rewarded with selection to represent the Continent of Europe in the prestigious Bonallock Trophy. Oliver won during his first appearance as a professional in April 2019 at the Tomelilla Open and competes on both the Nordic Golf League and Challenge Tour this season.

Get to know more about Oliver as he’s next up in our Quick 9 Series:

Outside of Golf, which is your favourite sport and which team do you support?

It's one that people might not expect, but I'm really into CrossFit. If you don't know anything about it, I would recommended having a look. Mat Fraser is a huge inspiration for me!

Who would make up your favourite fourball?

It's got to be Tiger Woods, Rory McIlroy and Jason Day! Who wouldn't choose them...

I'm lucky enough to be able to travel around the world and witness some amazing places, but I'd have to say the Maldives.

When packing your golf bag, what’s going in there?

It depends on my tee time, but usually a protein shake, a couple of bananas, nuts and a sandwich!

In 2018 I played at The 118th U.S. Amateur Championship at Pebble Beach and it was amazing, I'll never forget it.

I love food, but my go-to is always a juicy burger!

What’s one thing that people don't know about you, but would be surprised to know?

It's always been a dream of mine to go fishing in Norway. Travel to the north and fish for giant fishes in the deep sea! 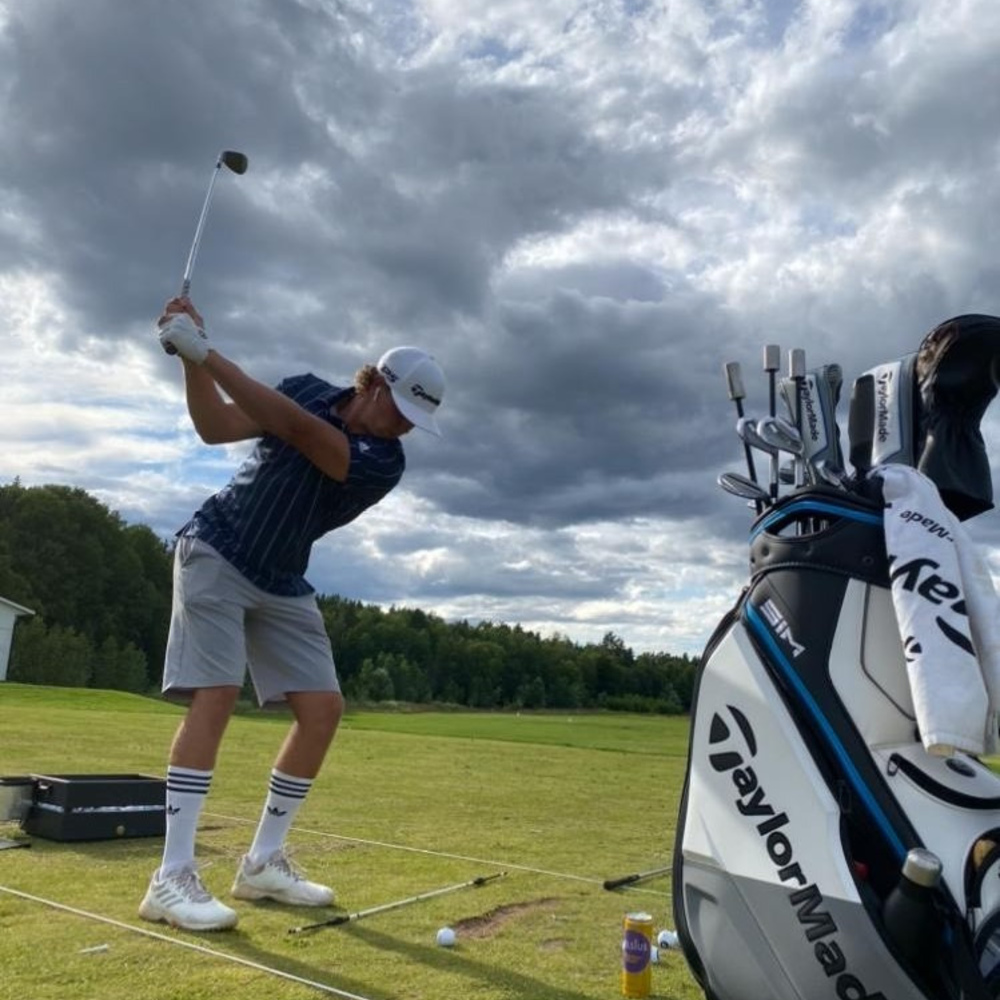 When you arrive at an event, what’s your warmup routine?

I'll arrive at the tournament about 1 hour before. If there's a gym at the course I'll go there for about 10 minutes, do some stretching and light lifting. I'll head to the putting green and hit some putts and chip for maybe 15 minutes. Then I'll go to the range for about 25 minutes and finish off with a couple of putts back at the putting green.

If you weren’t a golfer, what would you be and why?

I'm really into fitness and health so I would probably try to become a CrossFit athlete. Not saying I would be good at it but I would give it a good shot! I really like the competitiveness and the fight against the clock.

I also like to coach others, both in Golf and Fitness, so maybe I would've tried my hand at that.

Go on, give Oliver a follow on Instagram and follow his progress on the Challenge Tour, there’s no question that there is plenty more to come for him.